The Hub, Belfast, was swinging to the sounds of the Abaana New Life Children’s choir on Pancake Tuesday, February 28.

The choir of 20 Ugandan children and three adult performers sang, danced and won the hearts of all who were present at the home of the Church of Ireland and Methodist Chaplaincy at Queen’s University, Belfast. 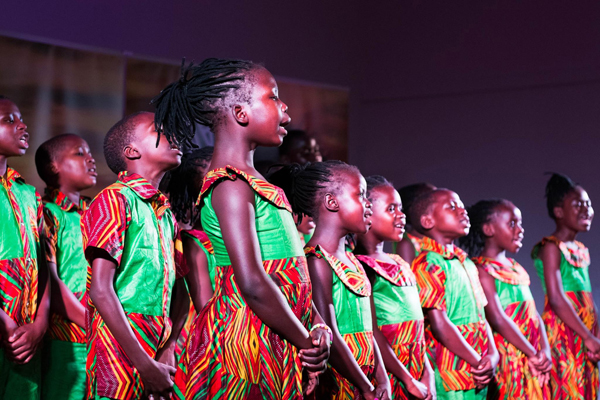 The Abaana New Life Choir singing at The Hub.

Scott Baxter from Bangor, Co Down, Abaana founder and director, spoke of the growing partnership between Abaana and The Hub following the visit in 2015 of a team of chaplaincy staff and students.

This June a second team will head out to Uganda to work for two weeks in two projects set up by two local charities – Abaana & Waakisa Ministries. 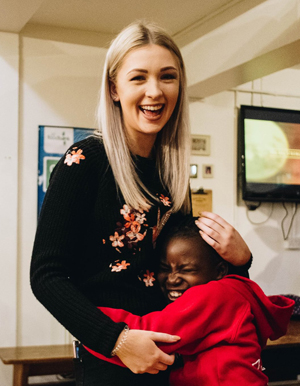 At the event last week, Church of Ireland chaplain the Rev Barry Forde, introduced Valerie Duff from Waakisa Ministries, a pregnancy crisis centre for Ugandan women, with whom the chaplaincy has also built connections.

The choir spent the afternoon in the Hub café, laughing and playing with the students, before enjoying pizza for tea, (and pancakes for supper!), along with the families and children of the Church of the Resurrection, the worshipping community at the heart of the chaplaincy.

The evening celebration itself was filled with songs, stories, and moving video content highlighting the great need in Uganda that Abaana, and Waakisa, are seeking to address.

Abaana’s vision is to see the children in Africa have their needs met, their rights upheld and their dreams fulfilled through raising awareness and motivating people to give sacrificially so that lives are transformed and the love of God is shown in a practical way. 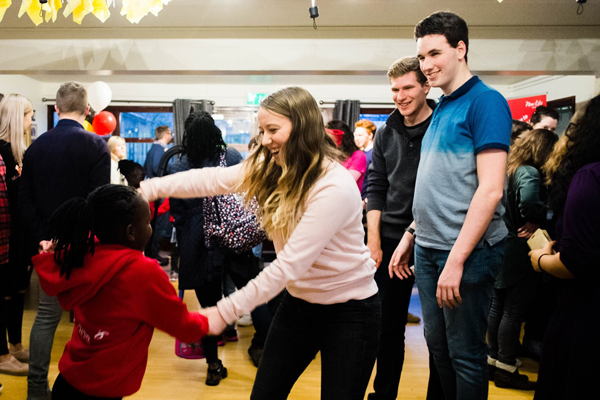 Dancing and having fun with the children of the Abaana Choir at the Hub on Pancake Tuesday.

This year Abaana have sought to reverse the trend of sending team to Uganda by bringing a choir of children to the UK and Ireland. So far, it has proved to be a resounding success as the children have captured hearts and Abaana has raised funds, awareness and a queue of sponsors for its ongoing work.

The choir will be singing in both Lisburn Cathedral and St Mark’s, Ballymacash, as part of its tour. Full details of the times, dates and venues for future performances can be found online at www.abaana.org/choirdates. 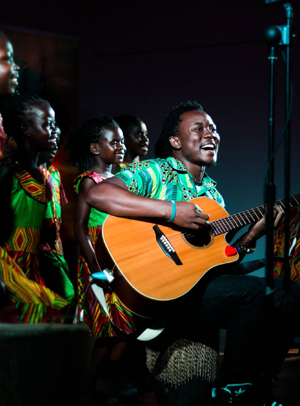 The Abaana choir performs for the chaplincy at The Hub at Queen’s University.

Barry, who features in a video shown during the choir concerts, said: “It is a real privilege for us as a chaplaincy to work with an organisation such as Abaana. At the chaplaincy we work with young adults, many of whom live within the chaplaincy community, and all of whom go out each day to receive an education.

“We seek to grow the worship of God, communities of faith and a heart for reaching out to others. In Abaana, and indeed Waakisa, we have found locally based charities who are seeking to do the same for Ugandan children and young adults.

“It is our hope to serve their vision, as well as giving our students an experience of something that is truly life-changing. Hopefully, as they move out from student life into adulthood, they will pester whatever churches they ultimately call home to consider doing the same!”

Check out the New Life Choir’s promotional video – filmed before they left the sunshine of Uganda! 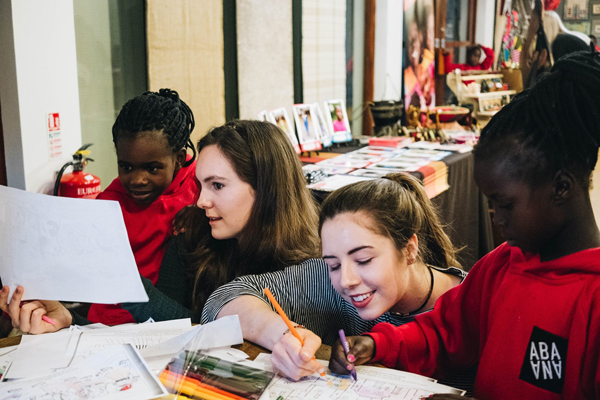 Colouring in fun during the Abaana Choir visit to the Hub.