Congratulations to the team behind Connor’s St Patrick’s event 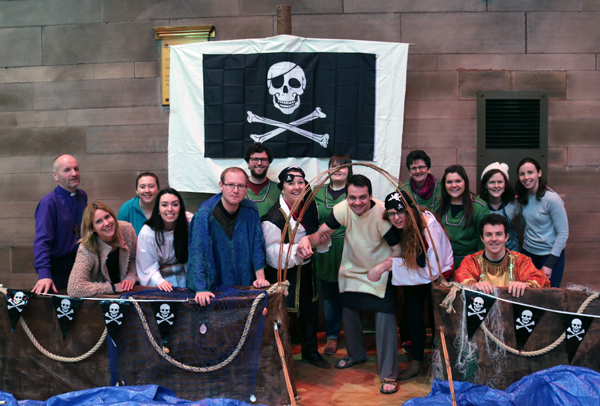 Bishop Alan Abernethy with members of the team which brought the mysterious adventures of St Patrick to life in St Anne’s Cathedral over a five day period.

Congratulations and a big thank you to Jill Hamilton and Karen Webb and the entire team behind the hugely successful Patrick’s Mysterious Adventure which ran in St Anne’s Cathedral from March 15-19.

More than 1,000 people visited the exhibition and interactive story-trail on the Friday and Saturday, and around 400 invited schoolchildren took part in the adventure on the Wednesday and Thursday.

Jill, Connor Children’s Project Development Officer, and Karen, Lead Evangelist with the Church Army / Diocese of Connor North Belfast Centre of Mission, expressed thanks to the actors who played their parts on the interactive story trail so brilliantly.

Jill and Karen also extended a big thank you to all the other volunteers who helped with set up and take down, welcomed visitors, guided people and looked after the props. They were Heather Carson, Hazel Coulter, Trevor and Karen Douglas, Danielle McCullough, Lucy Burden, Christine Bailie, Tim Webb, Geoff Hamilton, Emma Flemming, Janet Spence, and Caroline Edgar.

Some comments from visitors:

“The dramatic presentation of the story was brilliant.”

“There was a great deal of information and the interaction was brilliant.”

“I thought the tour was fantastic: the kids were enthralled.”