Services remembers first emigrants to sail to America from Larne 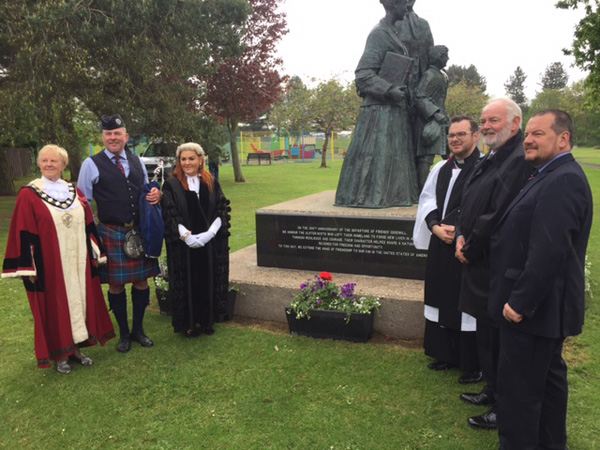 The Rev Dr Andrew Campbell, rector of Skerry, Rathcavan & Newtowncrommelin Parish, third from right, with the Mayor of Mid and East Antrim Borough Council, Councillor Audrey Wales MBE, left, and other dignitaries who attended the service of commendation for the emigrant ship the Friends Goodwill in Larne on May 21.

The emigrants who sailed on the first organised Ulster Scots ship to leave Larne for the Americas 300 years ago were remembered in a service led by the Rev Dr Andrew Campbell on May 21.

Those attending the service of commendation of the ship the Friends Goodwill in Curran Park, Larne, were welcomed by the Mayor of Mid and East Antrim Borough Council, Councillor Audrey Wales MBE.

During the service a plaque commemorating the ship and its passengers was unveiled and Piper Peter Browne played The Lament. 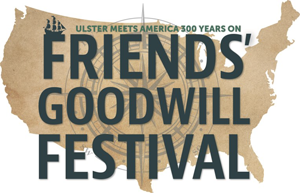 “Their journey was long and tough. It was marked by fear and anxiety. Food and water supplies were so low that lots were cast for who would be eaten in the case of extreme starvation.

“Of those passengers one did not make it to Boston and died on the journey. Yet it was hope that got the others though this ordeal.  Hope for a better world, hope for justice, hope for opportunity, hope for freedom.

“These brave pioneers became the vanguard for a people who would build and shape America. They would produce frontiers men and women, teachers and educationalists. They would produce generals and writers. They produced presidents and even astronauts.

“The men and women who left here did so in hope, and it was that hope that shaped and produced the world we live in, not just here, not just in America, but all over the globe.”

In his prayers, Andrew gave thanks for the lives and the achievements of ‘those brave pioneers’ who left these shores in hope of a better life.

He also prayed for those who risk their lives at sea, and for all fleeing persecution and hardship. “For refugees throughout the world, we ask that they would find safety, and protection in places where they can live their lives in peace,” Andrew said.