Diocesan President has a ‘wonderful day’ at Queen’s Garden Party 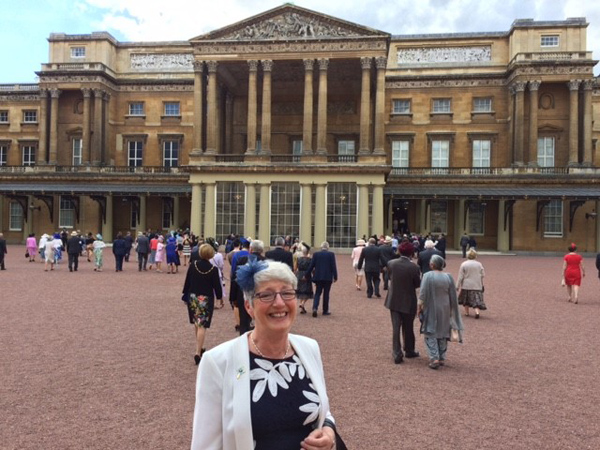 Valerie Ash, President of Connor Mothers’ Union, was one of five Diocesan Presidents from across the UK and Ireland to receive an invitation to a Garden Party hosted by Her Majesty the Queen at Buckingham Palace on June 1.

The Queen is patron of MU, and Valerie said it had been a privilege to represent Mothers’ Union members in Connor Diocese at this once in a lifetime event, especially as MU in Ireland is celebrating ‘13 decades of Love and Service.’ 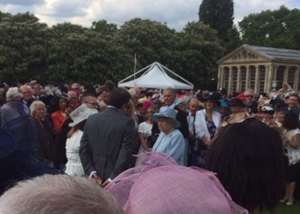 Her Majesty the Queen mingling with guests at the Garden Party at Buckingham Palace.

“What a wonderful day it was!” said Valerie. “I enjoyed the fellowship of the Diocesan Presidents from Sodar and Man, Bristol, Manchester, Southwell along with Robert Dawes from Mary Sumner House.”

The MU group travelled from Mary Sumner House to the front gate of the Palace by taxi. “How wonderful to tell the taxi driver, ‘Take us to Buckingham Palace,’” Valerie said.

“We accessed the Gardens via the Courtyard and the Palace, no photographs allowed here, Queen’s rules, we were told.  Many staff members lining the route to uphold this rule! We marvelled at the grandeur of the rooms in the palace we passed through!”

The group descended the steps the Queen would later use herself into the magnificent gardens. The sun shone and guests were entertained by two bands which played all afternoon. They were also allowed to take photographs.

“We walked in the gardens, around the beautiful lake, surveying the attire of the 8,000 guests and feeling very posh in our own carefully chosen outfits, including the fascinators!” Valerie said.

“We discovered the identity of the 36 men wearing red cassocks. They are the Chaplains to the Queen and we had a most interesting conversation with one from Wigton.

“It was hard to believe that on the other side of the garden wall the hustle and bustle of London life continued!” 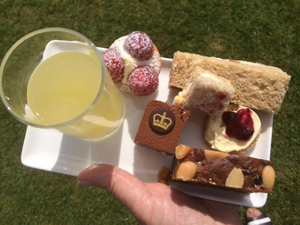 Valerie said she enjoyed the ‘exquisite little sandwiches’ and ‘dainty pastry’ at the Afternoon Tea and later the ice cream made with clotted cream.

“Of course the highlight of the afternoon was the arrival of the Queen and Duke of Edinburgh at 4pm,” Valerie said.  “The guests formed along the route, many of the tallest getting good positions in the front so for the more vertically challenged it was a challenge to see her Majesty!  However a tall friendly guest did volunteer to take some photographs for me.”

The Royal couple had tea in the VIP tent and as they left at 5.40pm Valerie was lucky to be close enough to get a photo of them herself.

“So many things made that day special,” added Valerie.  “The Beefeaters, the Queen’s Personal Guard, parading around, the men in their Top Hats and Tails, being addressed as ‘Madam’ by the very attentive staff and the beautiful weather all made this a day to remember!

“Thank you Mothers’ Union for this opportunity to attend the Queen’s Garden Party!” 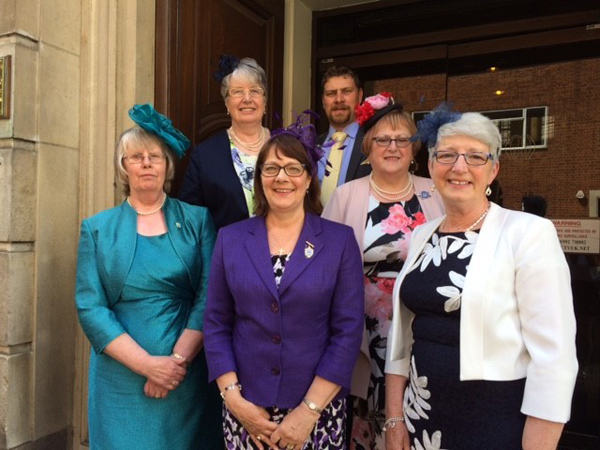