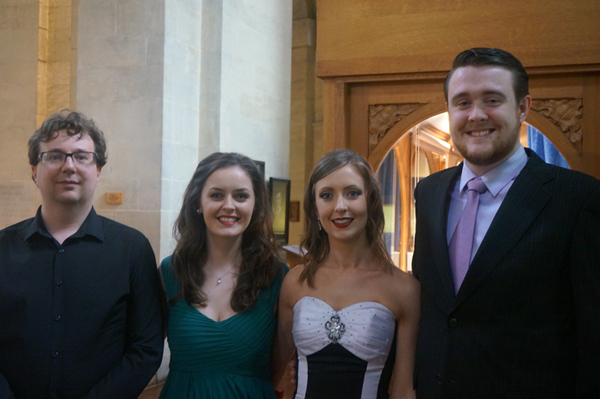 The 2017 Belfast Cathedral Music Festival brought a feast of talent into St Anne’s from June 13-18.

There was a selection of solos and duets, featuring music from Britten, Monteverdi, Bizet, Mozart, Bellini, Massenet, Brahms and Mahler. 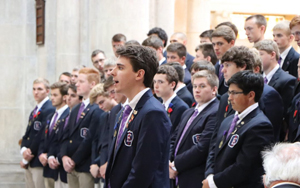 The young male singers of the Elder Glee Club from Ohio, USA, gave a lunchtime concert.

On the second day of the Festival St Anne’s welcomed the Elder Glee Club from Ohio, USA, for a lunchtime concert. Featuring singers aged 15-18 from an all-male school, they sang for 45 minutes covering American gospel music and spirituals as well as folk music. Their repertoire also featured some Irish favourites including ‘My Wild Irish Rose’ and ‘Danny Boy.’

That evening Conor Breen, a former Belfast Cathedral lay clerk, gave a wonderful recital. Conor created his performance around the thoughts that come to poets and musicians when considering the idea of silence.

In his programme notes Conor led his audience through fear, insecurity, respect, communion, creativity, comfort, relief, sleep and death. Once again David Stevens was an amazing accompanist.  Conor was joined for the longest piece, Britten’s ‘Canticle II,’ by the soprano Laura McFall.

The tempo was upped for the third day of the Music Festival with a concert by the Ulster Youth Jazz Orchestra.  This band, under the direction of Ken Jordan, is about to celebrate 25 years.

Pieces included ‘You are the sunshine of my life,’ ‘Haven’t met you yet,’ and ‘Here’s to Life.’  There was a smoothness to this jazz orchestra too, with soloists complementing the big band sound.  This was a great addition to the Music Festival.

On the Saturday night, St Anne’s welcomed the New Irish Arts choir and orchestra. As the setting was vital to this performance the Nave was cleared and rearranged.

The programme was received by an enthusiastic audience and included classics of the Christian musical repertoire to contemporary arrangements and compositions. 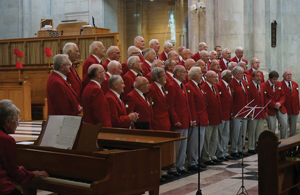 The 2017 Music Festival rounded off with a concert by the Steeton Male Voice Choir from Yorkshire. The concert also featured solos and duets by musical director of the Antrim based Clare Chorale, mezzo soprano Sheelagh Greer, and her soprano colleague Laura

The Steeton Choir provided a varied programme that suited the acoustic of St Anne’s well, with a number of traditional pieces including ‘Carrickfergus’ while Pat Jones, the accompanist, was later joined by three fiddlers.

Reflecting on the Festival, the Dean of Belfast, the Very Rev John Mann, extended his thanks to the organisers, and especially to the musicians, who, he said ‘have made jazz to opera, folk to classical, liturgical to light-hearted come to life for us for a few days.’