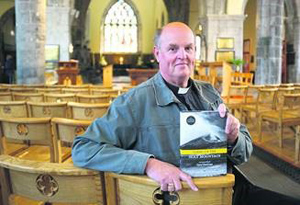 The lecture will be delivered by the Ven Gary Hastings, Archdeacon of Tuam and rector of St Nicholas Collegiate Church, Galway. Gary is also an author and a traditional flute player. His talk will be entitled ‘A Third Way.’

Gary was a student reader in Agherton Parish in the early 1990s. Originally from east Belfast, he is a native Irish speaker. Full biography below.

There will be a reception at 7.15pm and the lecture begins at 8pm. Admission is £5 and this includes the reception.

For further information contact the Parish Office on 028 7083 3277 or email aghertonparish@hotmail.co.uk.

Archdeacon Gary Hastings was ordained in 1993 in the Church of Ireland. He has served in the parishes of Westport and in has been rector in Galway since 2010. He became Archdeacon of Tuam in 2006 and is also the Prebendary of Errew (Killala) in the National Cathedral of St Patrick in Dublin. Gary served as a student reader in Agherton parish in the early 1990s and was also lecturer in the Irish Studies department at Ulster University in Coleraine. He has served on many of the central committees of the Church of Ireland including the Standing Committee of the General Synod. He is author of several works including ‘With fife and drum’ and recently published the book, ‘Going up the Holy Mountain: A spiritual guidebook’. He has spoken at many retreats and conferences throughout the island of Ireland. Originally from east Belfast, Gary is a native Irish speaker and is an accomplished and sought after traditional flute player. It’s been said of him that he can ‘deliver a deep truth with a light touch and a good deal of humour’. 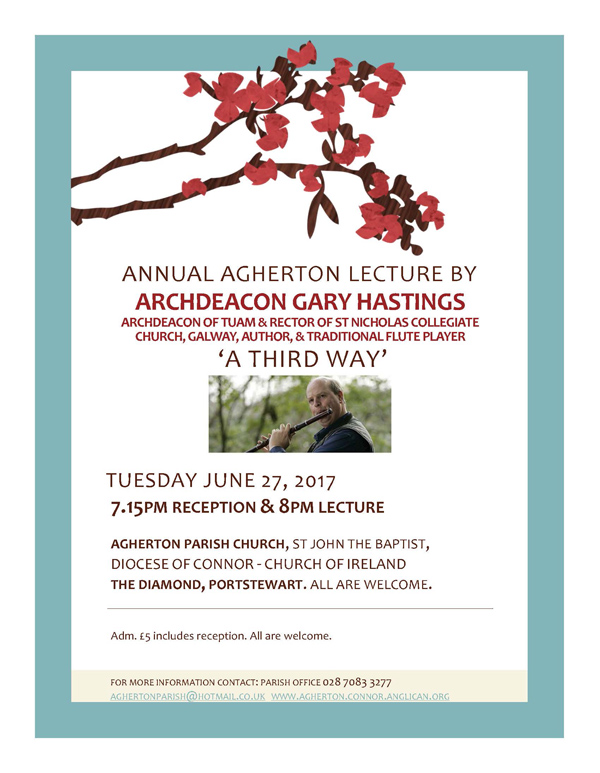