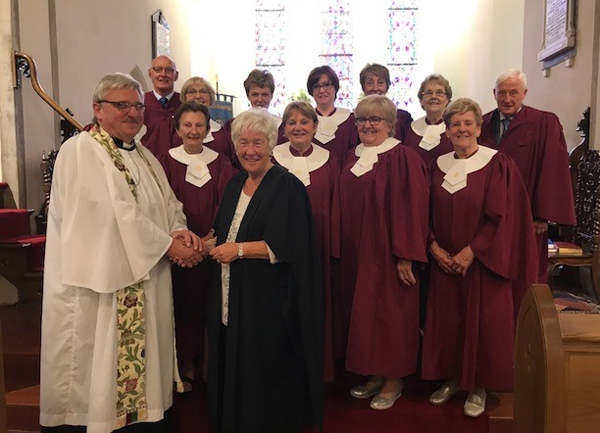 Mrs Margaret Brown, organist with the parishes of Ramoan and Culfeightrin, is congratulated by the Rev David Ferguson and the Choir after she was named in the Queen’s Birthdays Honours list.

Mrs Margaret Brown, organist with the Parishes of Ramoan and Culfeighrin, Ballycastle, has been awarded a BEM for her services to Music in the Queen’s Birthday Honours List.

Margaret has been involved in music all her life, bringing music into the lives of both young and old.

Margaret was congratulated by her rector, the Rev David Ferguson, and members of the parish choir after the announcement of her award.