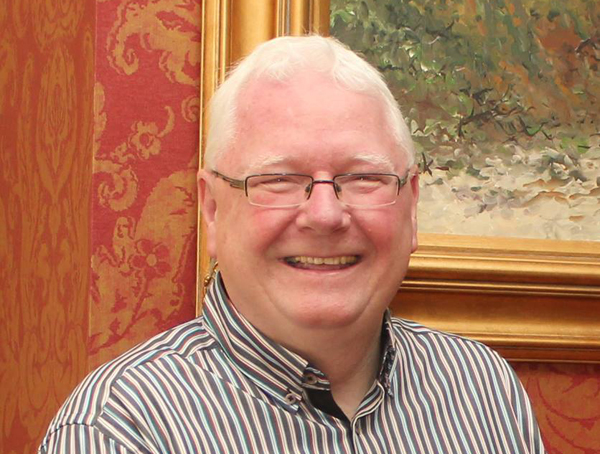 Jim was awarded his Honour Services to the Community in Ballymena.

He is Chair of the Northern Ireland Social Care Council and Chair of Ulster Supported Employment Ltd, providing and supporting employment opportunities for people with disabilities.

Jim is an active member of Ballymena Rotary Club. “Rotary’s motto is ‘service above self’ and I try to apply that motto to everything I have been involved in over the years,” Jim said.

With his wife Patricia, Jim has been involved in the ‘Ahoghill in Bloom’ team since its foundation 10 years ago, and the village was last year awarded the Champion of Champions title in the small towns category of the prestigious Britain in Bloom competition for the UK and Ireland.

Jim is also vice chairman of the Board of Ballymena Business Centre, and was recently appointed to the JTI Gallaher Trust, a £5 million legacy fund set up by the tobacco manufacturer in the wake of the closure of its Ballymena plant to support re-employment opportunities in the area.

Last year, he was appointed Her Majesty’s High Sheriff for the County of Antrim by the Secretary of State. This prestigious role meant he attended many events over the course of the year, and greeted the Queen and Prince Philip when they visited Co Antrim. He also met other royals including Prince Edward, Earl of Wessex.

Jim has recently been appointed Clerk to the Lieutenancy of Co Antrim.

A lifelong member of St Patrick’s, Jim was a bellringer for a number of years until he was appointed a Diocesan Lay Reader in 1985. Since then, he has conducted more than 1,000 services across the diocese.  Jim also sits on the Permanent Commission for the Archdeaconry of Dalriada.

He said he was delighted to receive this Honour. “It is in recognition of services to my home town. I am very proud to come from Ballymena, it is a great place,” he said.