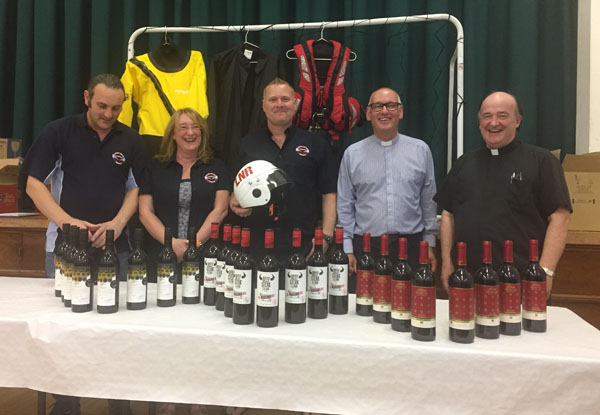 Father Sean Emerson and Archdeacon Stephen McBride with representatives of Lough Neagh Rescue which benefited from funds raised at the wine tasting evening in All Saints’ Antrim.

All Saints’ Antrim parishioners had their fourth joint wine tasting evening with Father Sean Emerson and parishioners from St Comgall’s in May.

Father Emerson and Archdeacon Stephen McBride, rector of All Saints’, first worked together in 1990 when both were in Belfast parishes – Holy Family and St Peter’s respectively.

On this occasion the wines were selected by the clergy and everyone seemed to enjoy their choices of prosecco, three whites and three reds including a Holy Snail chardonnay sauvignon blanc.

In between the whites and reds, Drew Taggart, a volunteer with Lough Neagh Rescue gave a short presentation on the work of this brave team of volunteers who provide 24/7 rescue cover for anyone who gets into trouble, not only on the Lough but also in the rivers which flow into the Lough.  As well as having a great evening, after expenses the parish raised almost £300 for Lough Neagh Rescue. 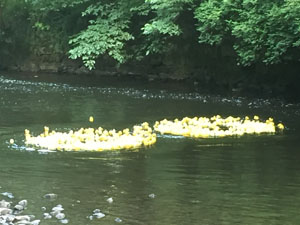 Another fundraising event took place on Friday June 23 when parishioners gathered at the Shakey Bridge on the Six Mile Water for the annual duck race and barbecue.

One thousand yellow ducks made the 50m race quite a spectacle.  This was followed by a sunny evening at Muckamore Cricket Club where bouncy castles were provided for the younger parishioners and the food was barbecued by Six or Stix.  The evening raised £3,800 for parish funds. 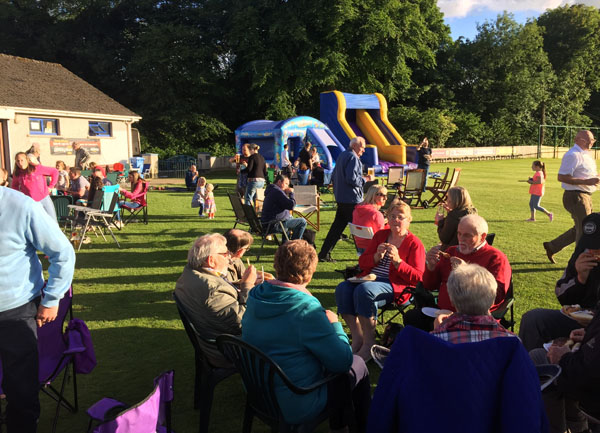 The sun shone at the fun evening and BBQ which followed the duck race.