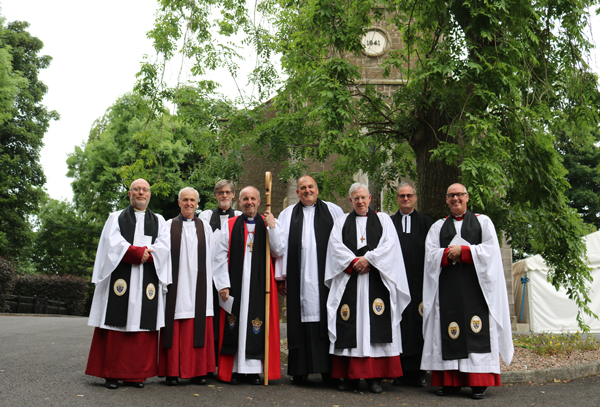 St Jude’s Parish Church, Muckamore, was packed on Wednesday June 28 for the institution of the Rev John McClure as rector of the Grouped Parishes of Muckamore, Killead and Gartree.

Parishioners were joined by well-wishers from John’s last parish of Ballymena and Ballyclug, where he was curate assistant, and there were also visitors from parishes John has previously ministered in, all within Connor Diocese.

Not only was the church packed, but there wasn’t a seat to be had in the parish hall, where the service was played live on a big screen.

The preacher was the Very Rev John Bond, former Dean of Connor. 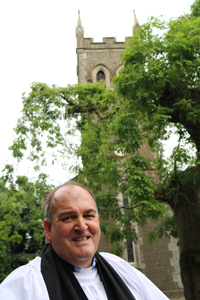 The Rev John McClure outside St Jude’s, Muckamore, where he was instituted rector on Wednesday June 28.

John is married to Margot and they have two grown-up daughters, Stephanie and Rachel.

His first job was with Michelin Tyres in Mallusk where he worked for 11 years and he later spent 15 years with the Police at Belfast International Airport.

Before ordination, John was Deputation Secretary with Irish Church Missions, and in this role focused on helping people with social issues including drugs and alcohol dependency. He supported families who had lost a loved one through suicide and set up groups in Northern Ireland to deal with suicide related issues.

John was a member of the former Connor Training Council and currently serves on Connor Diocesan Council.

His interests include walking, golf and ‘watching all sports.’

Following the institution service, refreshments were served in a marquee outside the church and hall.