New rails make for a safer pulpit in Cathedral 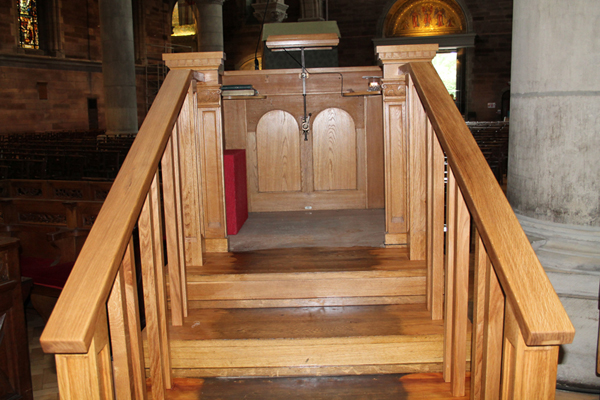 The new oak railings on the pulpit in St Anne’s Cathedral. 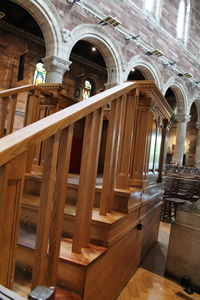 Work has been carried out to add a set of rails to the steps leading to the pulpit in St Anne’s Cathedral, Belfast.

The railings have been crafted in oak by Willis Cordner, and have been added in response to concerns that someone with mobility difficulties would struggle to get up the pulpit steps with no support on either side.

The Dean of Belfast, the Very Rev John Mann, said: “From as aesthetic point of view it was felt that to have a rail on both sides looked better than on just one side.  The rails are substantial and functional, and we are most grateful that they have been funded by a concerned parishioner.”

The pulpit was installed in the Cathedral in the early 1960s, around the time the choir stalls were added.

The original pulpit, which had been a gift from Westminster Abbey in 1904, was deemed to be unsuitable in style for the re-ordered East End, and its sale to a church in Dallas, Texas, was negotiated. 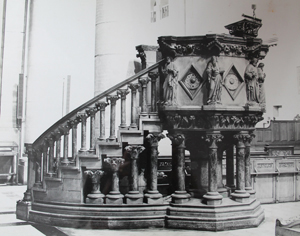 The original pulpit, removed in the 1960s, was a gift from Westminster Abbey.

The pulpit was dismantled, boxed up and put into warehouse storage in preparation for shipping, but a terrorist bomb at the warehouse destroyed the pulpit. All that remains is a piece of stone, currently on display in a cabinet in the Cathedral.