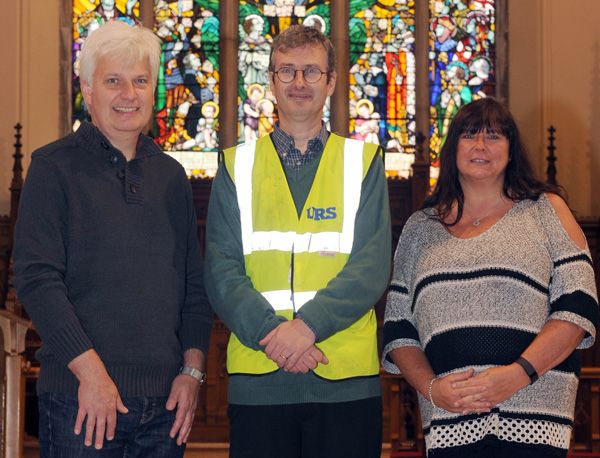 Guide Phil McConnell pictured showing David Smyth and Kim Graham around Lisburn Cathedral which was one of several churches and historical buildings in diocese that were open as part of European Heritage Open Days. Photo courtesy of John Kelly.

Fifteen Connor churches participated in the 20th anniversary of the European Heritage Open Days scheme which took place on September 9 and 10.

They were among 300 Northern Ireland buildings which opened for free, outside of normal opening hours, with some providing added attractions such as tours and afternoon teas.

St Cedma’s, Larne, invited visitors to view a medieval herb garden, taking people back to the days when the Franciscans had a religious house on the site (you can read more about this in the next edition of Connor Connections), while Lisburn Cathedral offered hourly hours, and St Catherine’s, Killead, did afternoon teas.