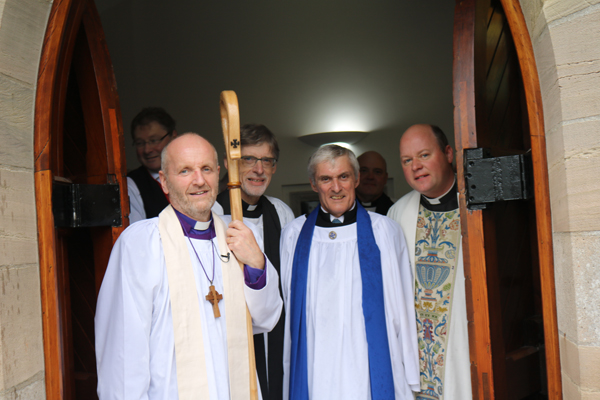 Ahead of the service of rededication and thanksgiving at St Colman’s, Durnmurry, are, from left: Bishop Alan Abernethy; the Rev Clifford Skillen, Bishop’s Chaplain; Mr John Williams, Diocesan Lay Reader and Hon Secretary of Dunmurry Parish, who preached; and the Rev Adrian McLaughlin, rector, St Colman’s.

St Colman’s Parish Church, Dunmurry, was packed on Sunday September 10 for a service of rededication and thanksgiving following a fire which caused major damage in January last year.

The rector, the Rev Adrian McLaughlin, was alerted to the fire when he went looking for the rectory cat Tilly, and Tilly is commemorated in a new stained glass window in the refurbished church. 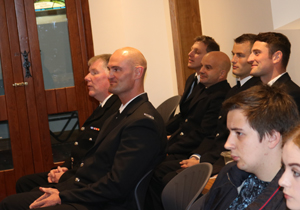 Representatives of the Northern Ireland Fire and Rescue Service who were at the scene on the night of the fire in St Colman’s Parish Church, attended the service.

Representatives of the Northern Ireland Fire and Rescue Service who were at the scene on the night of the fire, attended the service. The preacher was Mr John Williams, Diocesan Lay Reader and Hon Secretary of Dunmurry Parish, and the church was rededicated by the Bishop of Connor, the Rt Rev Alan Abernethy.

The fire, which was accidental, took hold in the early hours of January 11 2016. The church building dates to 1908 and the flames quickly took hold in the roof. The zinc pipes in the organ melted, the stonework and the arches were burned, the organs and a chandelier were destroyed, along with the furniture in the choir stalls the keyboards and the lectern. Anything that wasn’t damaged by fire was smoke, tar and water damaged.

On Sunday the congregation was able to move back into a transformed building. 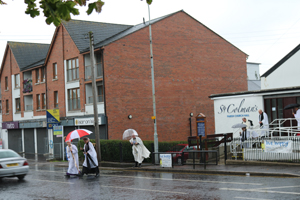 Umbrellas were needed as Bishop Alan led the clergy procession from the parish hall to the church!

The rain poured down outside – the clergy procession from the parish hall several hundred yards away was brisk to say the least – but inside the church was looking magnificent.

The new tiled floor decorated with the St Colman’s cross catches the eye, first visible through the glass partition enclosing a warm, carpeted meet-and-greet area. This is a new addition to the church.

Other additions include a gallery above the organ pipes, the chancel has been brought forward and has new marble steps, the font has been moved to the front and is now a bubbling ‘live’ font, and a new side chapel has been created. This side chapel houses the new stained glass window commemorating the fire with images of flame, water and Tilly the cat.

There is a new side entrance for disabled access, and a lift to the chancel.  The few pews that were salvaged after the fire have been converted into pewettes to seat two people. A temporary organ was in use for the service of rededication and thanksgiving – a new organ and pipes are currently being built. 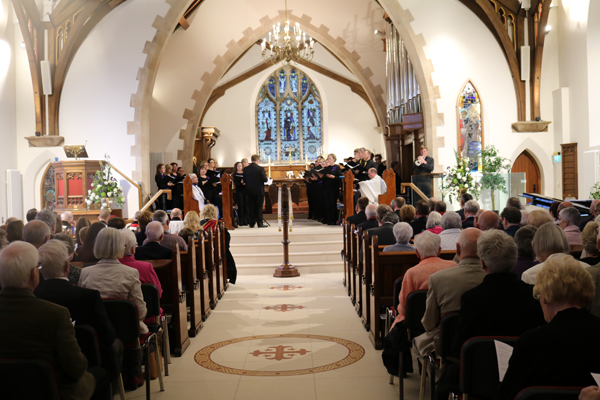 The service of rededication and thanksgiving at St Colman’s, Dunmurry. 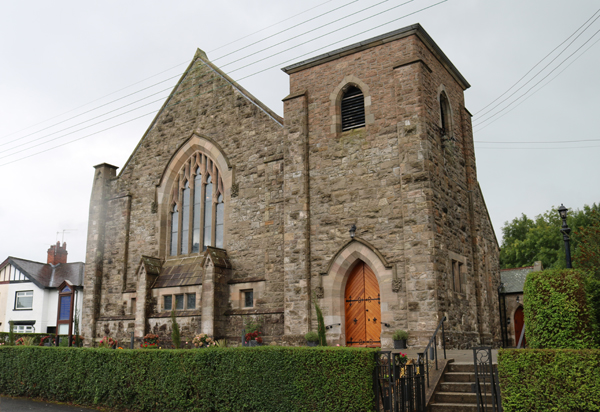 St Colman’s, Dunmurry, has been fully refurbished following the devastating fire in January 2016.