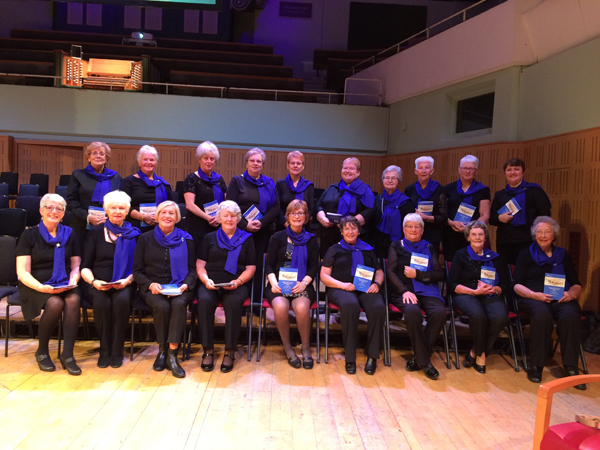 The 19 MU members from Connor who were in the 120 strong choir at the 130th anniversary celebrations in Dublin.

As part of the 130 anniversary celebrations of Mothers’ Union in Ireland, a choir of 120 led an audience of 1000 in praise at the National Concert Hall in Dublin on September 9.

Members had voted for their favourite 11 hymns and these were all sung.

Bishop Ken Clarke led the event, Mark Armstrong was the conductor, Peter Barley was the organist and Ann-Marie O’Farrell played two pieces on the Irish Harp.

Connor Diocesan President Valerie Ash said it had been ‘a really wonderful day!’