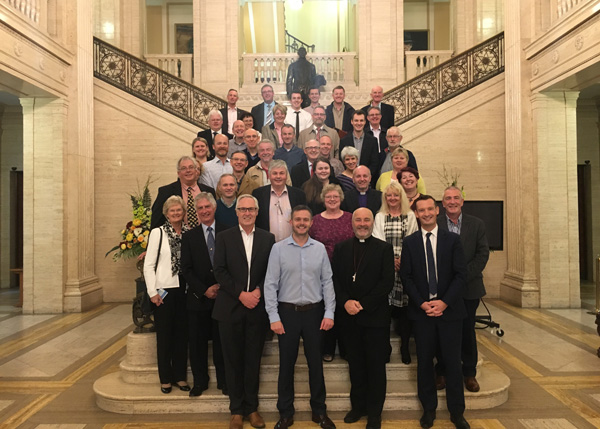 Members enjoyed a tour of Belfast Cathedral, conducted by the Bishop of Connor, the Rt Rev Alan Abernethy, a member of the Church Army Board.

After holding a meeting at Church of Ireland House, the entire group visited the North Belfast Centre of Mission’s Connect Base in Shankill Road to see the work of evangelists Karen Webb and Stephen Whitten first-hand. Connect Base opened last year, in partnership with the Diocese of Connor, as a way of engaging with the local community.

The visit was followed by a dinner at Parliament Buildings, Stormont, where the Church Army team was hosted by Ulster Unionist Party politician and member of the Legislative Assembly, Robbie Butler. The dinner was attended by all Church Army evangelists based in Northern Ireland and the Republic of Ireland, as well members of the wider Church Army team.

Mark Russell said: “It was such a privilege to meet with our Board and local team in Belfast and I’m grateful for the time of fun and fellowship we had together. A huge thank you to Robbie Butler for hosting us.”