Bishops’ Appeal supports Rohingya refugees and others in crisis 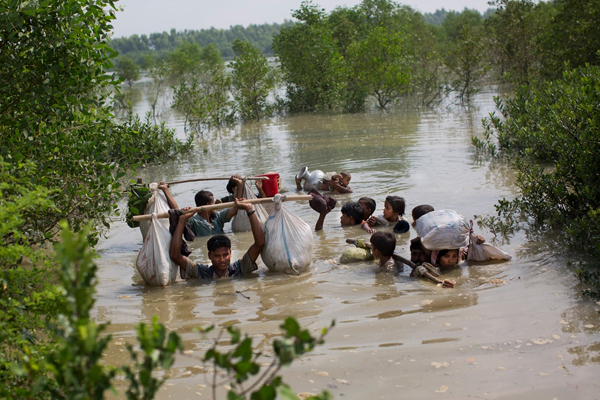 The Church of Ireland Bishops’ Appeal has released emergency funds to Médecins Sans Frontières (MSF) to support its work with over 500,000 Rohingya refugees fleeing violence in Myanmar and seeking refuge in Bangladesh.

Currently one third of Bangladesh is under floodwater and the country is struggling to deal with multiple crises.

The number of people attending MSF’s two existing clinics in the Cox’s Bazar district has doubled to 550 patients every day and its mobile clinics have seen additional patients in their thousands.

MSF has brought in additional doctors, nurses and midwives and is recruiting more medical staff. It has established four new health posts, a new in-patient department, and a surveillance network within refugee camps using outreach workers to identify any disease outbreaks.

Church of Ireland support has contributed to the drilling of 15 wells for hand pumps and the provision of 250 emergency latrines in makeshift settlements. Four emergency fields have been provided for sanitation, with hand-washing stations, to prevent contamination of water sources and the spread of disease. MSF has also started pumping clean water to tap-stands in the settlements with a capacity of 200,000 litres a day.

Bishops’ Appeal has also released funds to assist in other crises through the following agencies:

Bishops’ Appeal is grateful for all support received.  Further funds to support the response in Bangladesh can be sent directly via Christian Aid or Médecins Sans Frontières.  The East Africa Appeal, which supports emergency responses in Ethiopia, Kenya and Somalia, remains open for donations at www.bishopsappeal.ireland.anglican.org/give