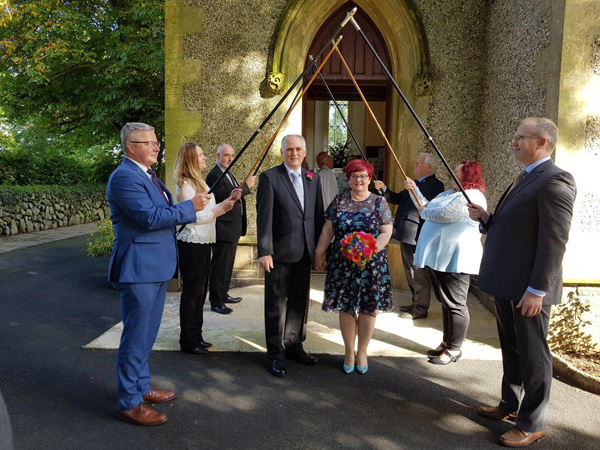 A Church Wardens’ guard of honour for Ruth and Alex.

The parish believes that this is the first time two Churchwardens in office at the same time have married each other! 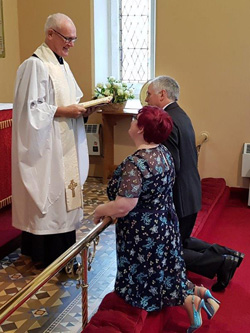 The Rev Campbell Dixon conducted the wedding of his sister Ruth and Mr Alex McNeill.

Rector’s Church Warden Ruth Dixon, now Mrs Alex McNeill, needed someone to take the plate at Evensong one night a couple of years ago, and sitting down the North Aisle was a gentleman that fitted the bill.

She went down to ask if he would be kind enough to take a plate, and as she leaned over the pew the pair bumped foreheads.    And so began their romance!

This year Ruth and Alex were elected Church Wardens for 2017/18 and about a month afterwards a ring appeared on her finger.  Alex had popped the question on a visit up the coast to Whitepark Bay.

The marriage was conducted by Ruth’s brother, the Rev Campbell Dixon, Priest in charge of St Mark’s, Ballysillan.

Ruth and Alex, we wish you every blessing in the future.

Report and photos by Loraine Watt. 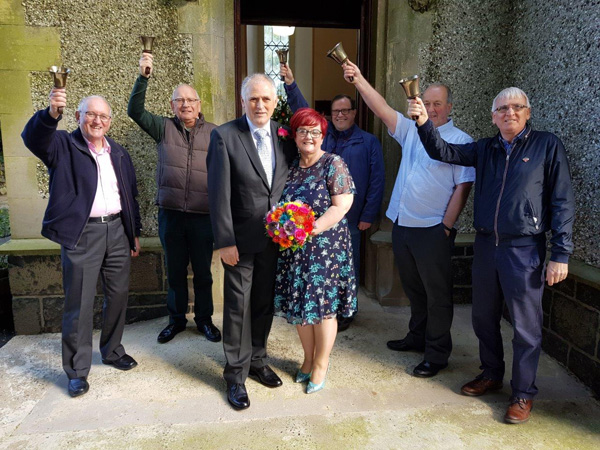