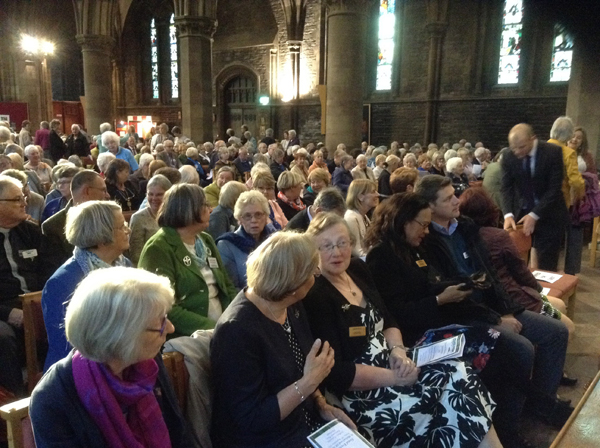 The Diocese of Connor was well represented at the Mothers’ Union General Meeting held in Edinburgh at the end of September.

Connor Diocesan President, Valerie Ash, along with a number of former Diocesan Presidents, present Trustees and diocesan branch members – together with many of their spouses who accompanied them for the weekend – joined with MU All Ireland President, Phyllis Grothier, and members from branches in dioceses throughout the Church of Ireland. 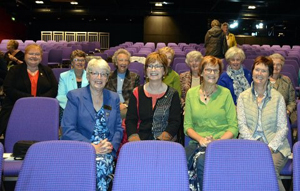 They attended the opening service in a packed St Mary’s Cathedral on Friday September 29.

The service took the form of Festal Evensong to mark St Michael and All Angels’ Day.

Members were welcomed to the service, the city of Edinburgh and the Scottish Episcopal Church by the Bishop of Edinburgh, the Rt Rev Dr John Armes.

The lessons appropriate to the Festal Day were read by Lynne Tembey and Jean McPherson-Richardson, Provincial President of MU in Scotland.

In his sermon, the Most Rev Mark Strange, Bishop of Moray, Ross and Caithness and Primus of the Scottish Episcopal Church, urged MU members to adopt the characteristics of angels: messengers (of the good news), defenders (of the oppressed) and healers (of those in need).

The conference itself, along with business and administrative matters, took place on the Saturday in the Edinburgh International Conference Centre, when the special speaker was Canon Sarah Snyder, the Archbishop of Canterbury’s Special Advisor on Reconciliation. 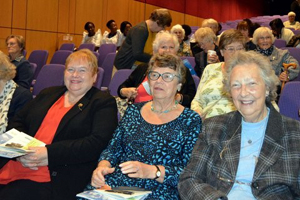 Smiles from Connor MU members at the General Meeting in Edinburgh. Included in the picture are Roberta McKelvey and Paddy Wallace.

Canon Snyder, who is part of the senior team at Lambeth Palace, spoke to members over two sessions on the theme of faith-based reconciliation, with particular reference to her specialised work in the area of Jewish-Christian-Muslim relations and her personal experiences of dialogue and peace-making around the world.

She called on MU members to be ‘ambassadors of reconciliation,’ adding: “One of the most powerful tools for reconciliation is to show hospitality, not just to our friends but to those outside our comfort zone”.

Members agreed that the conference proved to be a most enjoyable occasion, with time and opportunities both to develop existing friendships and establish new contacts and links.

Next year’s MU General Meeting will be held in Swansea on September 17 and 18.