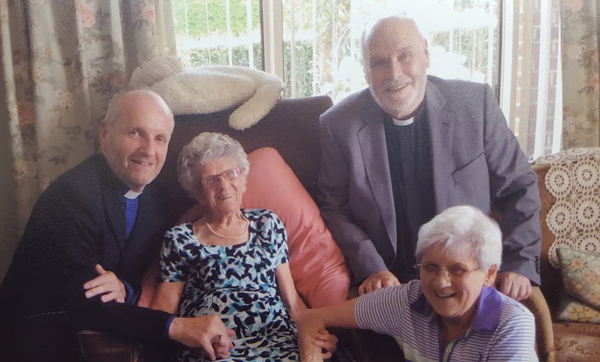 Derriaghy parishioner Mrs Margaret Benson celebrated her 100th birthday recently and a couple of days later received a visit from the Bishop of Connor, the Rt Rev Alan Abernethy.

Bishop Alan was accompanied by the Rev Robert Henderson and Mr Jim Braiden, representing the parish.

They all enjoyed a lovely afternoon tea and birthday cake, prepared by Margaret’s daughter, also named Margaret, while the conversation went on for a good part of the afternoon.

Margaret’s late husband Bob was a cousin of Canon Bill Benson, at one time the longest-lived clergyman in Connor Diocese.

Before she married, Margaret was employed by Spence Bryson of Belfast.