Dedication of cross in memory of Dr Donald Davison 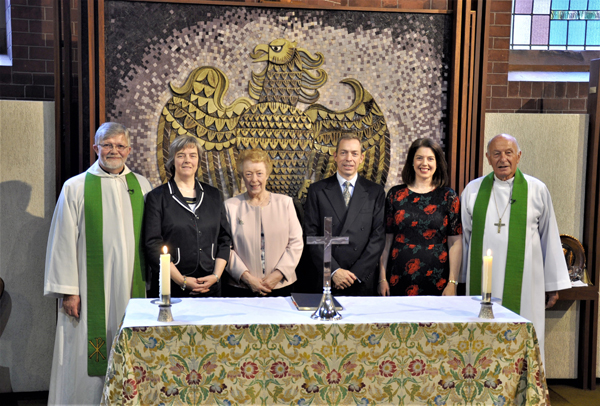 A beautiful new silver cross was dedicated in St John’s, Malone, on Sunday October 8 during the weekly Sung Eucharist in memory of the parish’s former organist, Dr Donald Davison.

The cross, which now enriches the Edward Garrett Memorial Chapel, was the gift of Donald’s wife Rosemary, his daughters, Ruth and Debbie, and his son Andrew.

Donald Davison served as Organist and Choirmaster in St John’s from 1977 till his death in 2013.  Here he made an enormous musical contribution to the developing liturgical patterns as evident in both the Alternative Prayer Book (1984) and the current The Book of Common Prayer (2004).

He was widely recognised for his influential input as Music Editor to the interim hymnal supplement Irish Church Praise (1990) and, more importantly, to the present Church Hymnal (2000), both of which contain many of his fine hymn tunes and musical arrangements.

In this respect, he worked closely with his former rector, Bishop Edward Darling, who was the General Editor of the two hymnals and who was invited back to St John’s to perform the dedication of the silver cross which now honours Donald’s name.