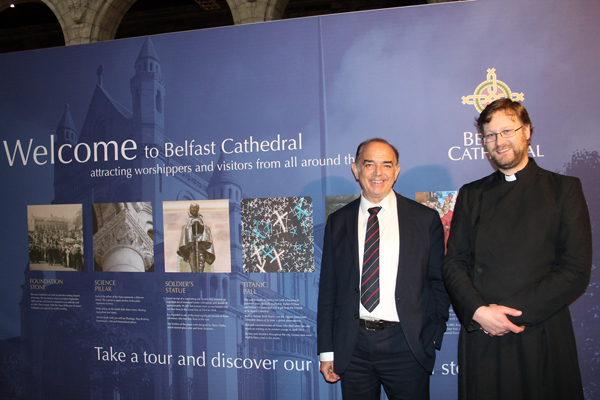 Lord Bourne with Dean’s Vicar, the Rev Canon Mark Niblock, who showed him around St Anne’s Cathedral on October 25. 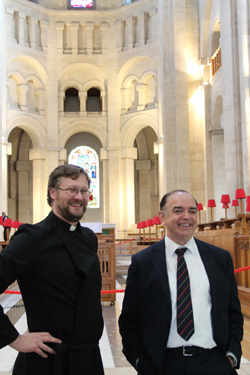 St Anne’s Cathedral welcomed Lord Bourne of Aberystwyth, Parliamentary Under Secretary of State at the Northern Ireland Office and Department for Communities and Local Government for a visit on Wednesday October 25.

Lord Bourne is Minister for Faith and Northern Ireland, and expressly asked to visit the Cathedral during a trip to Belfast.

He also visited NICIE (the Northern Ireland Council for Integrated Education) and the Greater Shankill Partnership.

Dean’s Vicar, the Rev Canon Mark Niblock chatted to Lorde Bourne while giving him a guided tour of the Cathedral. The Lord showed great interest in various aspects of the building, including the Baptistry, the Titanic Pall, the Spire of Hope and ‘sinking’ floor and a photograph depicting the laying of the foundation stone.