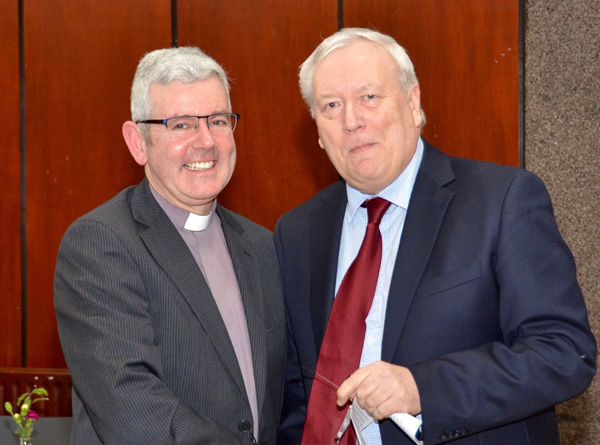 The Ven Stephen Forde is leaving Larne to take up the position of Dean of Belfast, and will be installed in St Anne’s Cathedral on February 4. 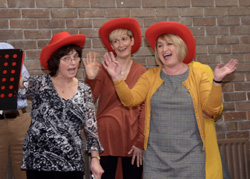 Fun at the farewell social evening for Archdeacon Forde.

Friday’s farewell was the first time parishioners from all three churches had come together for a social evening, and the attendance was an indication of the high esteem in which Archdeacon Forde and his wife Fiona are held.

The evening of entertainment was organised by Church Warden Ronnie Lee. Invited guests included representatives of Larne Clergy Group, of which Archdeacon Forde was a member; former curates of the parish; the Rev Mikael Lecksrtöms, from Larne’s link parish of Väderstad in Sweden; as well as family and friends of the outgoing rector.

“The evening brought all three parishes together at a social event for the first time. Each contributed to the entertainment and a representative of each parish said a few words,” Ronnie said. 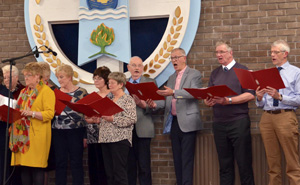 Music at the farewell evening for Archdeacon Forde.

There was lots of music, with plenty of audience participation in songs reflecting Archdeacon Forde’s early life in Rathfriland, Co Down, where he grew up, until the present day – with song lyrics adapted appropriately!

“The Sunday School did a lovely item which delighted Stephen because he has done so much work over the years for young people in the parishes,” Ronnie said.

There were presentations of gifts including a preaching scarf adorned with the logo of St Anne’s Cathedral, a financial gift, and some less serious gifts including a slate tablet for a rector reluctant to get one of the electronic variety! 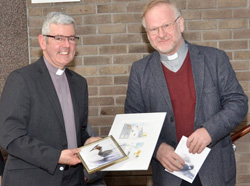 The Rev Lecksrtöms presents Archdeacon Forde with pictures from Sweden.

The Rev Lecksrtöms presented Archdeacon Forde with pictures of the church in Väderstad and of a duck by a wildlife artist he had admired on a past visit to Sweden. 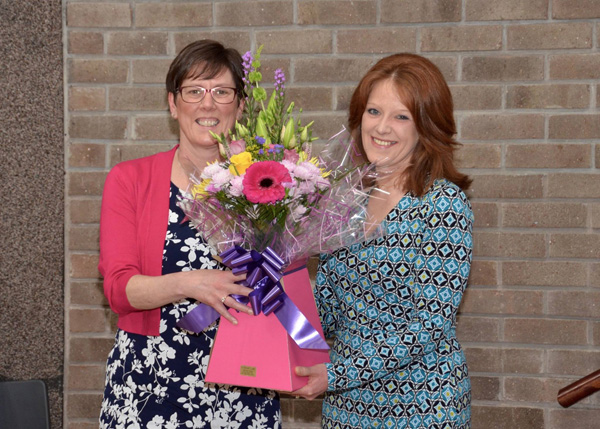 There was a big turnout from all three parishes for the farewell evening for Archdeacon and Mrs Forde.