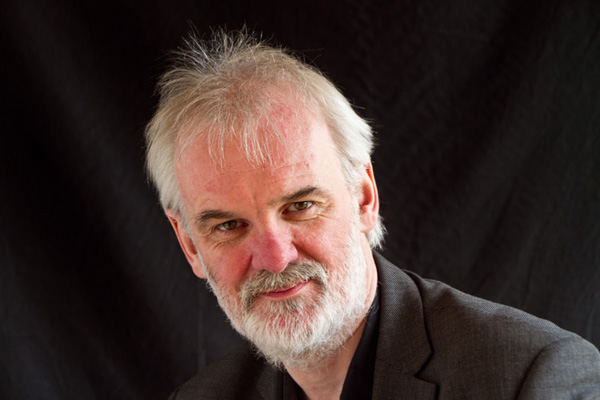 Comedian Tim McGarry will be handing out the Black Santa grants at the Good Samaritans Service in St Anne’s Cathedral on March 4.

Representatives of 214 charities from across Northern Ireland will gather in St Anne’s Cathedral on Sunday March 4 when more than £126,000 raised at the 41st Black Santa Sit-out last December will be distributed.

Special guest at this annual ‘Good Samaritans Service’ will be actor and comedian Tim McGarry who will hand out grants ranging from £300 to £550, with a donation of £20,000 to Christian Aid for projects overseas.

Tim, a member of the Hole in the Wall Gang, is a familiar face on our television screens. A former lawyer, he is an experienced actor, writer, stand-up comedian and broadcaster who has worked extensively on TV, radio and stage. He plays Da in the popular sitcom Give My Head Peace and was the host on the Radio Ulster and BBC NI television comedy panel show, The Blame Game.

The 41st Black Santa Sit-out, which took place on the steps of St Anne’s Cathedral from December 18-23, was unique in the history of this charitable tradition, as for the first time there was no Dean in place at Christmas.

But the Very Rev Stephen Forde, who was installed as Dean of Belfast on February 4, helped to launch the 2017 Sit-out and spent several hours on the steps as ‘Black Santa in training!’

Dean Forde thanked the public who once again donated generously. “We expected giving to be down a little as there was no single ‘Black Santa,’ but with the help of our Bishops, the Cathedral Chapter, our Ecumenical, Lay and Minor Canons and our own clergy, a team of Black Santas had a constant presence on the steps of St Anne’s,” Dean Forde said.

“We are very grateful for the support of individuals, groups and businesses who pledged funds both on the steps and through postal or online giving.

“The generosity of the people of Belfast and Northern Ireland means that this Sunday we will be distributing grants totalling £126,000 to 214 charities. I am looking forward to meeting representatives of these charities who will put the money to work supporting those in need in our community.

“This will be a wonderful service of celebration featuring the choir of Belfast Cathedral, and we are delighted Tim McGarry is joining us to hand over the grants and no doubt raise a few smiles with his fantastic Northern Ireland humour!

“It is a particular pleasure that my first major service at the Cathedral allows us to give away such a fantastic sum of money to so many charities making a different in people’s lives.”

The Good Samaritans Service begins at 3.30pm on Sunday and all are welcome.