The Ven Paul Dundas installed as Archdeacon of Dalriada 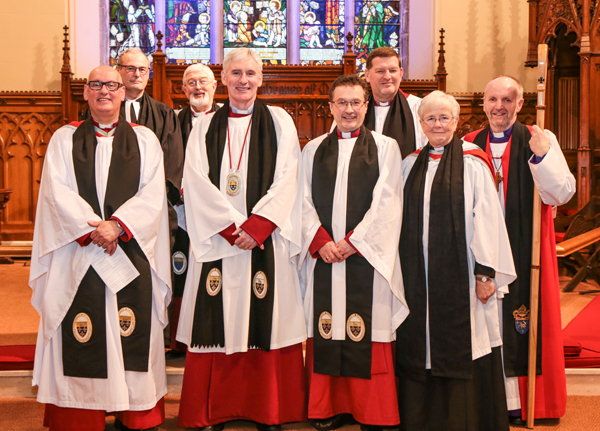 The Ven Paul Dundas, rector of Christ Church Parish, Lisburn, was installed as Archdeacon of Dalriada at a service in Lisburn Cathedral on Sunday March 4.

Dalriada is the most northerly of Connor Diocese’s three archdeaconries, covering the Rural Deaneries of Ballymena, Carrickfergus and Coleraine.  Paul succeeds the Very Rev Stephen Forde, now Dean of Belfast.

The preacher at the service was the Rev Dr Pat Mollan of the Church’s Ministry of Healing: The Mount. Paul was installed in the Chapter of St Saviour, Connor, by the Dean of Connor, the Very Rev Sam Wright. 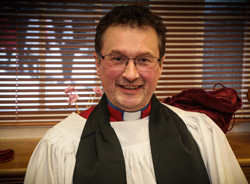 The Ven Paul Dundas, Archdeacon of Dalriada, at the service of installation. Photo: Norman Briggs RnBphotographyni.

The new Archdeacon was educated at Kilbarron National School, Ballyshannon, and Donemana Primary School and later Strabane Grammar School and Portadown College. He studied Environmental Science at the University of Ulster, Coleraine, and his Bachelor of Theology is from Trinity College, Dublin.

He was ordained in 1991 for the curacy of St Mark’s, Portadown, and was instituted as the rector of Ardtrea and Desertcreat in March 1995. He moved to St Aidan’s, Belfast, in June 2000 and became rector of Christ Church, Lisburn, in January 2005.

Brought up in a rectory family, Paul enjoyed being part of the Boys’ Brigade in Artigarvan, Strabane, and the Scripture Union in Portadown College. He was awarded the Queen’s Badge in the BB whilst a member of the company in St Mark’s, Portadown.

He has held various roles within the wider church, including Chairperson of Armagh Diocesan Youth Council, Chair of the Northern Regional Youth Council, Chair of Connor Diocesan Training Council, and is a member of the General Synod of the Church of Ireland and Connor Diocesan Council. Paul presently serves on the Council of Reference for the Church Pastoral Aid Society, and led their work in Ireland for a couple of years on a voluntary basis until 2016. 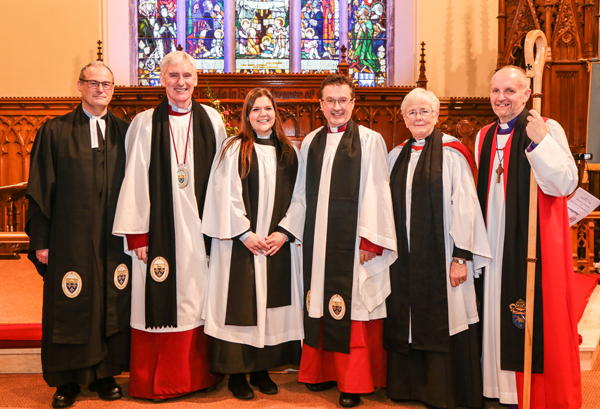 Clergy at the service of installation of the Ven Paul Dundas as Archdeacon of Dalriada in Lisburn Cathedral on March 4. From left: the Rev Canon William Taggart, Registrar, The Very Rev Sam Wright, Dean of Connor and rector of Lisburn Cathedral; the Rev Danielle McCullagh, curate at Lisburn Cathedral; the Ven Paul Dundas, Archdeacon of Dalriada; the Rev Dr Pat Mollan, the Church’s Ministry of Healing: The Mount, who was guest speaker; and the Rt Rev Alan Abernethy, Bishop of Connor. Photo: Norman Briggs RnBphotographyni.

In 2016, he chaired the group of church leaders in Lisburn that organised 40 days of “ReLENTless” prayer for Lisburn city.

Paul has a deep interest in Global Mission and was on teams with Crosslinks and Youth for Christ while in his teens and twenties. In 2000 he was part of a team from Armagh Diocese to visit Arua, northern Uganda, working in the Bishop Alison College with theological students from southern Sudan.

Since he has been rector of Christ Church, the parish has embarked on a mission partnership with Fields of Life, building a school at St Apollo, Kisizi, in Luwero Diocese, Uganda. In 2010 Paul spent nine weeks of a sabbatical in Asia with the Anglican Church in Singapore as well as travelling to Indonesia to visit churches.

Paul is married to Nola, presently Professor and Head of Queen’s Management School, and they have three children, Curtis, Joel and Anna. 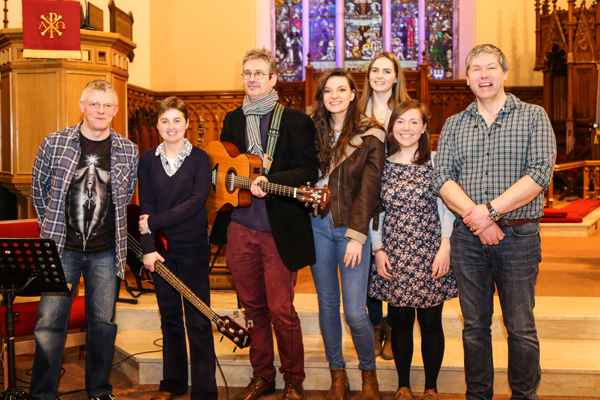 Members of the praise band who led the worship at the service of installation of the Ven Paul Dundas as Archdeacon of Dalriada. Photo: Norman Briggs RnBphotographyni.