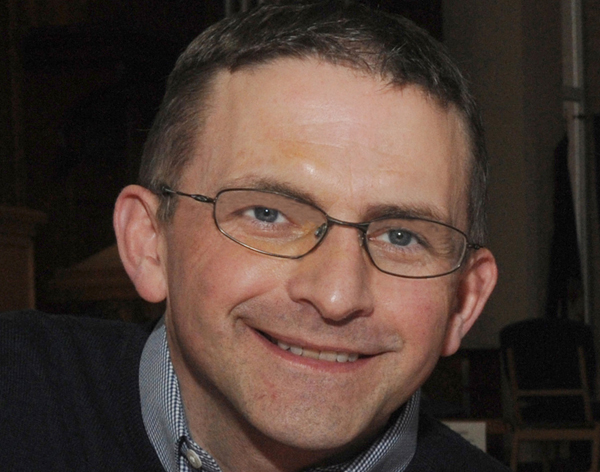 Stephen will take up his role in June. He succeeds the Bishop Ken Clarke who is retiring.

A member of the SAMS Council for the past 10 years, Stephen has travelled extensively in South America.

Born in Manchester, he moved to Lurgan in 1973. He graduated in Optometry from Aston University and after two years working in the north of England he returned to Ireland.

Stephen was ordained in Christ Church Cathedral, Dublin, in June 2005 and served as a member of the staff team of Kill O’ the Grange Parish Church, Dublin, before moving in May 2008 to Drumglass Parish, Dungannon. He was introduced as Priest-in-Charge of Derryvolgie in 2011 and was later instituted as rector of the parish.

Stephen said announcing his move to his parishioners on Sunday had been emotional. “We have been very blessed here. Great teamwork has seen a measure of recovery and we are able to leave Derryvolgie in better spirits than when we first arrived,” he said.

His association with SAMS dates back before Bishop Clarke’s directorship, to the time when Denis Johnston was the charity’s General Secretary. Stephen and Geoff Hamilton, currently curate in St Columba’s, Portadown, pioneered the concept of short-term mission with SAMS, serving in Paraguay for two months during 1990.

After they married, he and Cathy travelled independently in South American for three months, visiting contacts including many SAMS’ mission partners.

“SAMS has a special place in my heart. I am looking forward to building on the work of previous directors, mission partners and supporters and to taking us where God is leading,” Stephen said. “Things are changing in mission agencies and with the challenges also come opportunities.

“I am looking forward to getting out and about, meeting rectors and others, and flying the flag for SAMS.”

His duties will take Stephen on visits to South American to meet people working on the ground for the society. “SAMS has been in the south cone of South America since before 1850, starting out as the Patagonian Mission Society,” he said. “There are now a lot of established churches doing things in different ways. The work of SAMS is very much a collaboration with local churches, offering training and resources and working with them.”