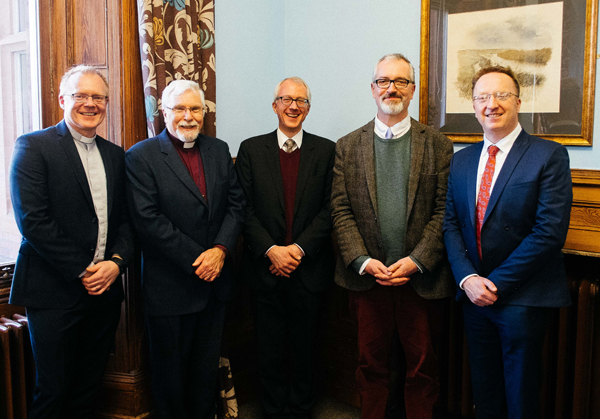 In this year’s Church of Ireland Theological Lecture at Queen’s University, Belfast, on March 20, Professor Julian Rivers examined the relationship between ‘Religion, Equality and the Constitution’ in a UK context.

Professor Rivers teaches legal and constitutional theory, public law, and law and religion at the University of Bristol. The lecture, which is sponsored by the Church of Ireland Board of Education (Northern Ireland), was delivered in Riddel Hall.

Welcoming the audience, the Rt Rev Harold Miller, Bishop of Down and Dromore, paid tribute to the late Professor Patrick Johnston, Queen’s University’s Vice-Chancellor between 2014 and 2017, who was a strong supporter of the annual lectures.

Professor Rivers was introduced by Professor Richard English, Pro-Vice-Chancellor for Internationalisation and Engagement, who emphasised the value of the lectures – now in their 61st year – for academic discourse shaped by critical theological thinking. 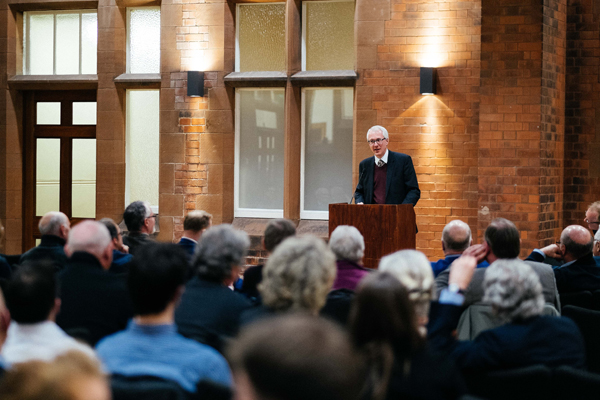 Professor Rivers noted that the Lee v McArthur case – to be heard by the Supreme Court in April – raises “wider, and very difficult, questions about the relationship between religion, equality and the Constitution.” Equality, he suggested, is increasingly being used to manage diversity in society. Our understanding of what equality requires “is beginning to shift” although he was “not convinced that it is shifting in a helpful direction.”

The British Constitution, he noted, is “a perpetual work in progress” and a “constitutional unevenness is particularly apparent when we compare equality rights to other fundamental or human rights.” Equality is “becoming a central value of public life” and also “subject to highly detailed specification” but both trends make it very hard for judges “to adjust or re–interpret equality obligations in the light of other constitutional values.”

In the context of disputes involving discrimination law and religious groups and individuals, he proposed: “We need to abandon the rigidity associated with direct discrimination. The test worked quite well for as long as anti–discrimination law targeted only race and sex. But as the protected characteristics have expanded to embrace a wider range of features of personal identity and behaviour, so our ability to manage in advance the conflicts which inevitably arise has collapsed.” 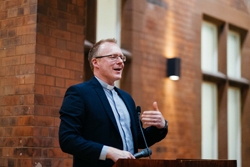 The Rev Barry Forde, Chaplain at The Hub, Queen’s University.

Professor Rivers outlined a vision of equality with a Christian foundation, in which the “commonality of human nature” is more important than “looking for a property or set of properties whose static possession is supposed to confer sanctity on every human person.”

In conclusion, he expressed the hope that the Supreme Court will see that “equality can only ever be a matter of mutual toleration and pragmatic compromise on all sides.”

The Church of Ireland chaplain at Queen’s, the Rev Barry Forde, chaired a wide-ranging question and answer session following the lecture.

The full audio of the lecture is available here. 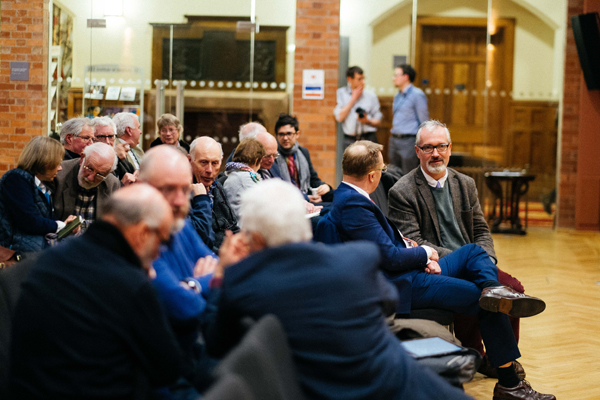 Members of the audience in discussion at the 2018 Theological Lecture at Queen’s.