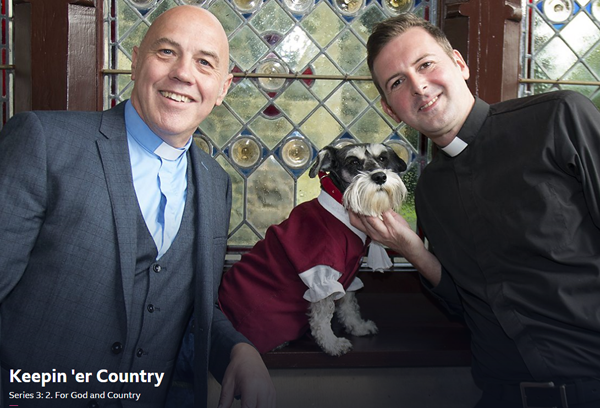 The Rev Jason Kernohan, rector of All Saints’, Eglantine, was once a full time musician, fronting his own band. He took a different path back in 2007 when he went for ordination.

But the former Ballymena man has never lost his love for country music – or his ability to entertain.

In a recent episode of BBC NI’s Keepin ‘er Country, David and fellow country singer the Rev David McBeth, from All Saints’ Parish, Clooney, Diocese of Derry and Raphoe, set about recording a duet together for David’s newest album.

Narrated by Lynette Fay, the programme takes a warm and entertaining look at how these two Church of Ireland clergymen combine their love of God and country music.

The episode, entitled ‘For God and Country,’ was first broadcast on BBC 1 on April 2, and is available on the BBC iPlayer for another 17 days. Viewers will also find out a bit more about country jive!

We will carry a special feature on Jason’s passion for country music in the next issue of the diocesan magazine Connor Connections, which will be published in June.