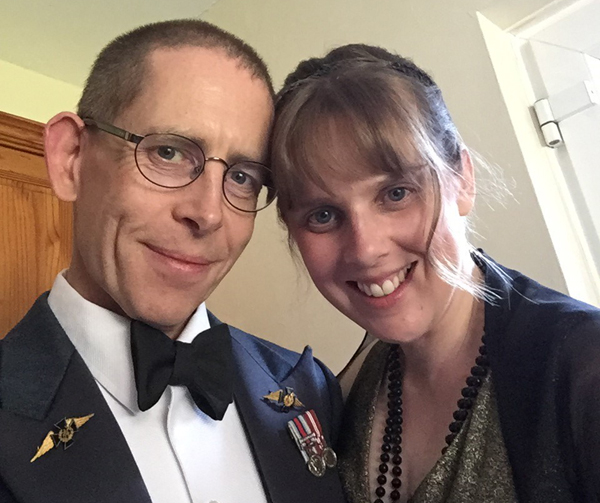 The Rev Dr (Wg Cdr) David Richardson, a senior RAF Chaplain, who preached at Sunday’s RAF 100 service in Belfast Cathedral, has his roots in Connor Diocese.

David received much of his education in the diocese, at Belfast Royal Academy and Queen’s University. He trained as a lay reader in Connor, and was later ordained to serve at St Patrick’s Parish Church in Coleraine from 2002-2006. 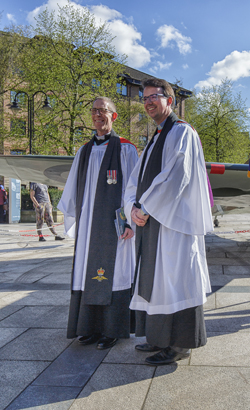 David is married to Ruth, a teacher, who was born in Connor Diocese, as were their two children.

David joined the RAF in 2006, and has served on a variety of flying stations and training units. He has also served in Iraq and Afghanistan.

On Sunday David’s sermon explored the ‘deep relationship’ between the RAF and the island of Ireland. He referred to some fascinating facts – for example he relates that “Up until the jet age, almost every RAF aircraft was covered at least in part by Irish linen. To give some idea of the demand, by 1943 the RAF was consuming some twenty miles of Irish linen every week.”

But David’s main focus was on the human relationship, telling stories about Flight Lieutenant Stanley Gray, a former BRA pupil, and the late Bill McCrea, Irish golf international, who was a Lancaster pilot in Bomber Command, among others.

They included Cork doctor Aidan McCarthy, a George Cross Medal winner, whose inspirational life was one of great courage in horrific situations. He rescued survivors from a blazing bomber, spent time in a Japanese prison camp and was in a working party in Nagasaki when the atomic bomb was dropped. His story, David said, shows ‘what the RAF today would describe as spiritual resilience – the ability to frame our lives in a bigger context of meaning.’

You can download and read David’s full sermon HERE.