Appointment to Parish of Carnmoney 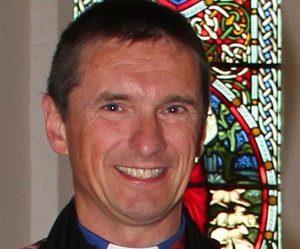 The Rev Andy Heber has been appointed incumbent of Carnmoney.

The Rev Andy Heber, rector of Clogherny Parish, Diocese of Armagh, has been appointed as Incumbent of Carnmoney Parish.

He succeeds the Rev Mercia Malcolm who retired in January.

Before starting training for ordination in 1997, Andy worked in Liverpool as a Diocesan Social Worker in the South Liverpool Deanery for eight years.

He trained at Trinity College in Bristol before returning to Liverpool Diocese to serve a curacy at St Peter’s Parr, St Helens. From there Andy moved in 2003 to Kirkby where he was team vicar of St Andrew’s Tower Hill and also had responsibility for Pastoral Care within the team ministry in Kirkby.

In May 2012 Andy moved to Co Tyrone where he is rector of the small village churches of Clogherny, Seskinore and Drumnakilly, near Omagh in the Diocese of Armagh.

Andy is married to Lynne, a native of Belfast, and they have four grown-up children.

“I am looking forward to the move. We have been very happy in Clogherny but we felt very strongly that God was calling us,” he said. “Announcing our move on Sunday was hard. There was a lot of emotion, but we now have a few months now to finish up well here.”

The date for the Service of Institution in Carnmoney has yet to be confirmed.