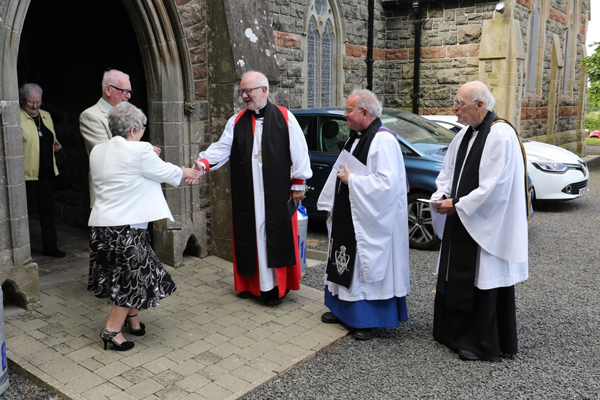 A special service was held in St Bride’s Parish Church on Sunday June 10 to celebrate the 150th anniversary of the church’s consecration (June 9 1868).

The church was filled with parishioners and visitors joining in the celebration and reflecting on the past 150 years both in the life of the church and in society which has changed immensely over those years.

The Archbishop of Armagh and Primate of Ireland, the Most Rev Dr Richard Clarke, was the guest preacher and in his sermon he put the church into its historical context, being consecrated only a short time before the disestablishment of the Church of Ireland by the Westminster government. 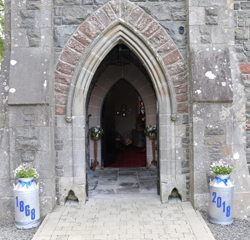 He also mentioned St Brigid (St Bride) after whom the church is named and what a significant influence she had in Ireland and beyond during her lifetime and since.

The church choir led the praise supported by a number of guest singers, conducted by Beth Aiken and accompanied on organ and piano by Dr Joe McKee. After the service the Archbishop took time to enjoy some refreshments in the parish hall where he was able to meet many of the congregation.

Another special guest was the Rev Clyde Irvine, a former rector in St Bride’s, and he also enjoyed chatting with many familiar parishioners after the service.

More photos can be seen on the church website.

Report and photos by David Holmes. 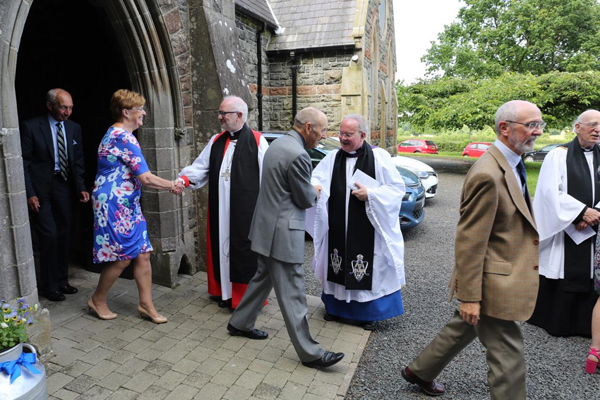 The 150th celebration service was an important and joyous occasion in the history of Kilbride Parish.