Menu
Home > Featured on homepage > From Sweden to Larne!

From Sweden to Larne! 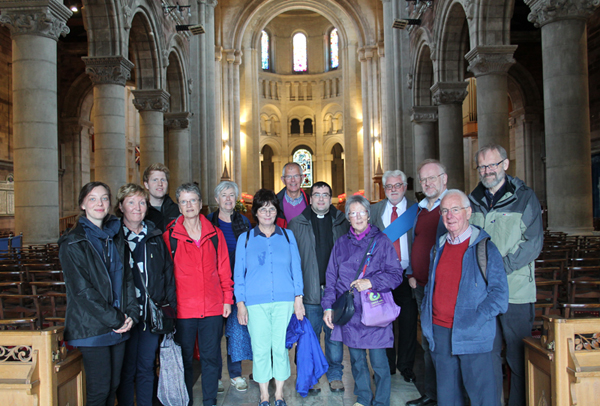 The visitors from the Parish of Larne and Inver, Glynn and Raloo and the Parish of Väderstad, Sweden, with the Rev Philip Benson, curate, Larne, and Cathedral guide Sam Millar (third from right at back).

A group of six visitors from the Swedish Diocese of Linköping have spent a number of days in Larne as guests of the Parish of Larne and Inver, Glynn and Raloo.

They have been out and about seeing places of interest, including Belfast Cathedral, where they met up with their old friend, Dean Stephen Forde. Stephen was rector of Larne for 19 years, during which there were a number of exchange visits between Larne and the Parish of Väderstad.

On Saturday they visited Newcastle and the Mournes, and on Sunday attended and sang at services in St Cedma’s, Larne, led by former Dean of Connor, Dean John Bond.

They travelled up the north coast on Monday and on Tuesday visited Belfast along with a number of Larne parishioners, where they joined Dean Stephen for lunch in the Cathedral hall. They also took the Belfast City Bus Tour and did some shopping before a guided tour of St Anne’s. The group stayed on for Choral Evensong before returning to Larne.

The Rev Philip Benson, curate in Larne, said the group had enjoyed their visit to St Anne’s. “They said it was really good to catch up with Dean Stephen,” he added.

Philip, who visited Väderstad in August 2016, said friendships had been built up over many years, with regular exchanges taking place between the two parishes. 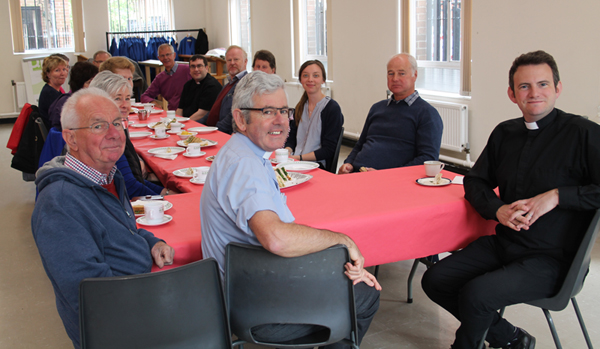 Dean Stephen Forde and the Rev Ian Mills lunch at Belfast Cathedral with the Rev Philip Benson and visitors from Larne and Sweden.