Looking back at visit from American Christ In Youth team 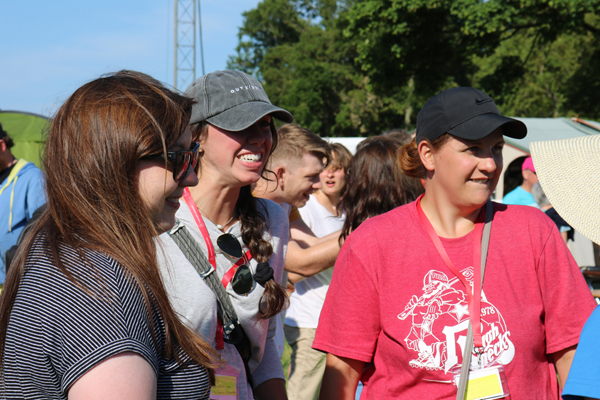 Diocesan Youth Officer Christina Baillie, left, with some of the leaders of the American Christ In Youth team in the sunshine at Summer Madness.

Connor Youth Council hosted a group of American young people and their leaders from Christ In Youth for two weeks at the start of the summer. It was a busy trip for the Americans, as Connor Diocesan Youth Officer Christina Baillie reports.

Our American team arrived in sunny Northern Ireland on Wednesday June 27 to kick off a two-week stay in Connor Diocese. We had 25 young people and leaders from Christ In Youth. This is the second year Connor Youth Council has hosted a team.

This year we had young people from Kansas, Ohio, Oklahoma and Missouri. As the team got settled in, they received training for their service as part of the Event Crew during Summer Madness and what it would be like to be part of the team during Streetreach.

The team was given a tour of Belfast, stopping off at St Stephen’s Parish with the Rev Canon Jim Carson and Mrs Heather Carson, then heading up to the North Belfast Centre of Mission Connect Base to hear from Church Army Evangelist Karen Webb. 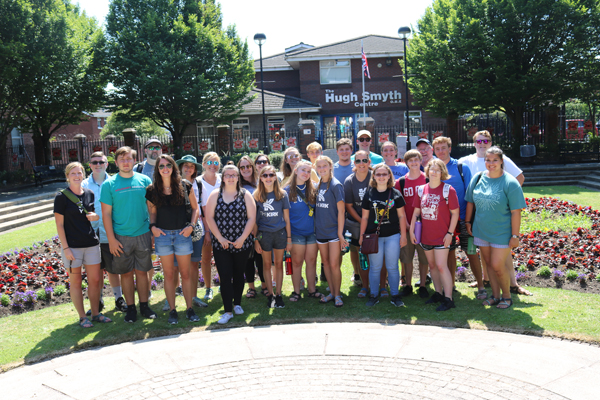 The Americans from Christ In Youth pictured in Shankill Memorial Park with Diocesan Youth Officer Christina Baillie during their walk around Belfast at the start of their two-week stay.

The team then travelled to glorious Glenarm to join with other young people and leaders at Summer Madness. Serving as Event Crew, the Christ In Youth team helped with health and safety, cleaned showers, collected rubbish and welcomed people to venues. The whole team got a glowing report from Summer Madness leadership!

As the team served at the festival and worshipped alongside the young people from Connor, the connections between Connor Diocese and America developed as they shared sporting advice, their experience of God and played games together.

The second stage of the team’s visit was participation in Streetreach. As the Streetreach group gathered on Tuesday evening, the Christ In Youth team mixed in with our Connor Youth in various teams that would be tasked with different activities over the next few days in Glenavy. They participated alongside young people and leaders from parishes all across Connor Diocese.

To finish up their trip, the team spent a day exploring the beautiful north coast, where they had their only experience of rain during their whole time in Northern Ireland with a 30 second shower!

On the same evening, there was a reunion for all the Connor young people to gather again with the Christ In Youth team before their departure. There were some epic Connor vs USA games played, with Connor coming out on top (I think!) 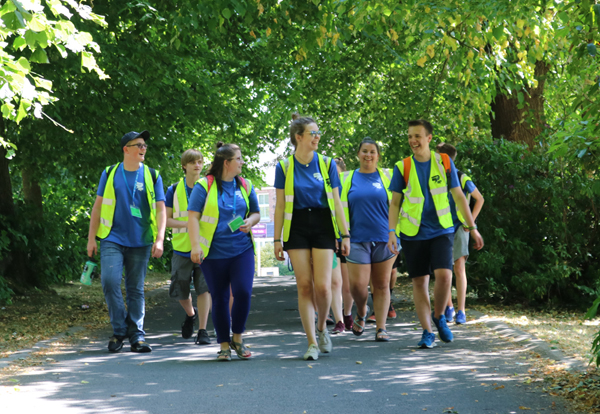 Young people from Christ In Youth joined with the Connor groups for Streetreach in Glenarm and Crumlin.

It was a joy seeing the young people spending time together after having served God together, worshipping Him together and challenging one another in their discipleship.

The team went to Church of the Resurrection at Queen’s University, Belfast, on the Sunday morning to share in their morning service. Catherine Forde and Ciaran Campton, young people from Church of the Resurrection who had participated in Streetreach, interviewed three of the Christ In Youth team about their experience. Together they prayed for the churches in America the team would return to, the Streetreach experience and the church across Ireland.

It has been fantastic to host another group from Christ In Youth and I would like to thank those leaders who accompanied the young people during this time; Brittany, Emilie, Lisa, Katelyn, Bob and Chris. We are already looking forward to your 2019 visit!