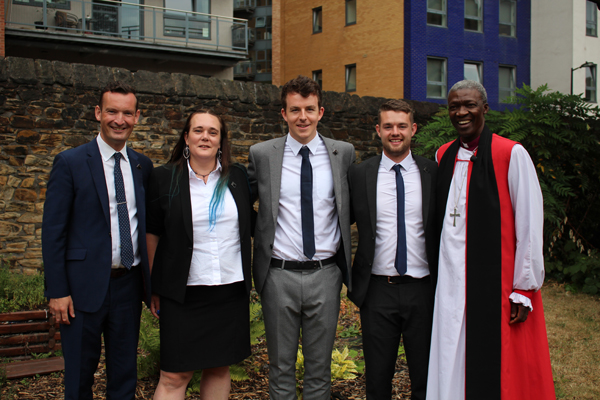 Congratulations to Stephen Whitten from the Diocese of Connor’s North Belfast Centre of Mission, Connect Base, on his commissioning as a Church Army Evangelist.

The service was led by the Bishop of Woolwich, the Rt Rev Karowei Dorgu, and Church Army Chief Executive, Mark Russell.

Stephen told those at the service that he had planned to be a tree surgeon but God called him to be an evangelist, and now he has countless stories of talking to people from all walks of life – ex-drug addicts, young people struggling in school, those at a job’s club – about God’s love.

Connect Base is located in the Spectrum Centre on Belfast’s Shankill Road. 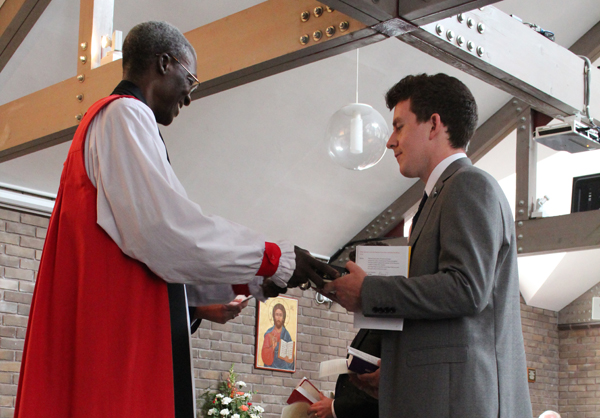 Stephen Whitten is commissioned by the Bishop of Woolwich, the Rt Rev Karowei Dorgu.