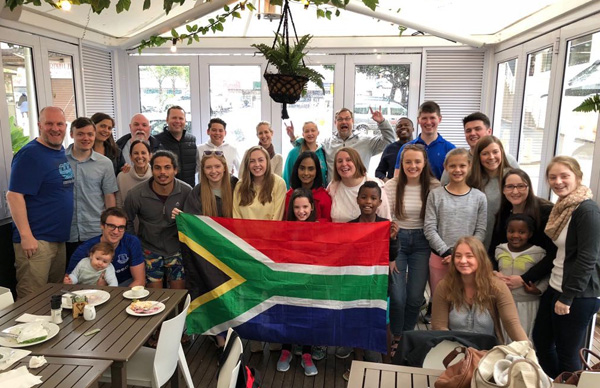 Members of the All Saints’ team and friends from Christ Church, Umhlanga, in Durban, South Africa.

A team of 10 from All Saints’ Parish, Belfast, recently spent two weeks in Durban, South Africa, where they partnered with a Church in Umhlanga.

The group left for South Africa on June 29 and returned on July 15.

The rector of Christ Church, Umhlanga, is the Rev Grant Retief. He has been at the church for more than eight years, and has a great team working alongside him for all ministries in the large and diverse community the church serves.

The church reaches African communities such as the Zulus, Afrikaans, the very large Indian community, and also the white community. It works excellently at bringing them together in a safe, non-racist space, and most importantly, preaching the gospel faithfully to them.

The church is sandwiched between a Muslim mosque and a Hindu temple with excellent relationships, whilst being a clear and faithful gospel witness.

During the first week, the team attended the church’s Winter School. It ran over three nights, with the Rev Trevor Johnston, rector of All Saints’, speaking on two of them.

The School allowed the team and the church members to gain insight and ask questions on four key topics; human sexuality, poverty, conscience and true womenhood.

On the Wednesday, the group visited Ikethelo Children’s Village, an orphanage about an hour away from where they were staying. In the morning, they organised a three-hour sports day with a group of around 40 children, aged 11-13.

The children were split into teams for different relay games including running races, obstacle courses and other team games. The kids loved the friendly game tug of war, and showed great determination.

Midway through the morning, there was time for a talk and for the children to learn a memory verse, which they listened to very well and were able to repeat back, despite English not being their first language.

The team left them gifts, courtesy of the All Saints’ knitting club, and these were greatly appreciated.

On the Friday, the group went to Lily of the Valley orphanage for a quick tour, as it was an unsafe area to stay in, and they left more gifts. Both are Christian orphanages, and have great facilities to help the children grow and have fun. 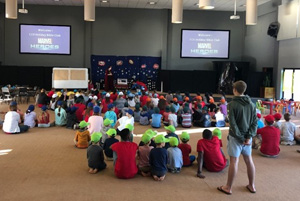 The team helped run a Holiday Bible Club at the church.

The team’s second week largely consisted of helping with a Holiday Bible Club. Members helped prepare and set up the church for the four-day club, which ran from Tuesday to Friday.

Within the club, all had different roles, including helping with the different age groups and helping practically. They rotated around different stations, which included crafts, games, ‘cooking’ and bouncy castles. There was also time to spend telling stories in smaller groups, answering any questions that arose.

This gave team members the opportunity to be stretched and allowed them to share stories about Jesus with more than 120 children, with one teenager giving his life to Christ.

The team got to know the teens better through working alongside them at the club, the beach day and a residential.

Throughout the first week the group had many opportunities to embrace the culture in South Africa. On the first Sunday, members got to know the church staff team more over a Braai, which is a South African barbeque. Some meals were provided by different members of the church family.

There was also the chance to experience some of local wildlife at the Phezulu Safari Park where the All Saints’ team saw crocodiles and snakes and experienced a traditional Zulu dance. At Tala Game Reserve they saw giraffes, rhinos, zebras and more, and they also visited Ushaka Park.

The team asks for prayers on the following: 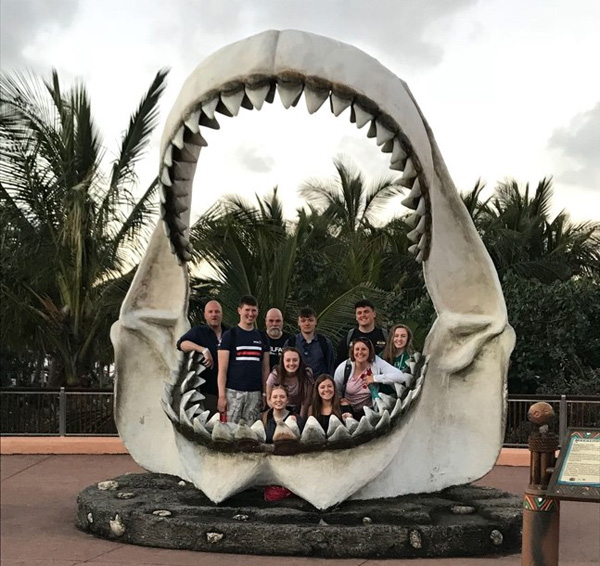 Downtime for the team included visits to local wildlife parks.