Connor countryside through the eyes of All Sons & Daughters 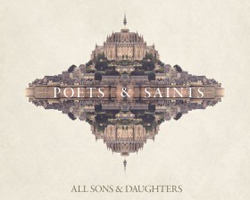 A number of years ago, American worship group All Sons & Daughters visited sites within Connor Diocese to record a video for their album Poets & Saints.

In February this year the group announced to their 127,000 Facebook followers that they were to disband.

David Leonard and Leslie Jordan had been playing together since 2009 and had won a Grammy nomination for the Poets & Saints album in 2016.

Their journey of discovery included Northern Ireland, in particular Counties Antrim and Down, where they visited and filmed a video at locations including Slemish Mountain, the Giant’s Causeway, and Down Cathedral.

For anyone interested, the video, with some lovely shots of the Connor countryside, appears in the song You Hold It All Together, and can be watched on YouTube.

There is also a ‘song story’ video (watch here) which explains its roots in St Patrick’s story,

Thanks to Peter Cheney, Church of Ireland Press Office, for bringing these videos to our notice.