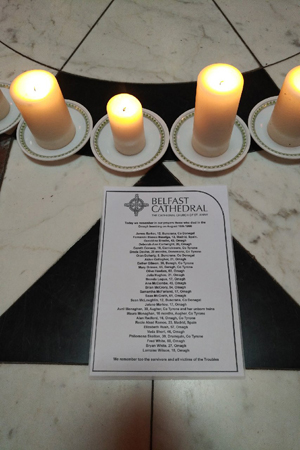 Prayers will be said in St Anne’s Cathedral, Belfast, on Wednesday August 15, the 20th anniversary of the Omagh bomb.

There will be special prayers at services during the day for all the victims and survivors of this and other acts of terror.

Thirty one candles, one for each of those who died including unborn twins, will be lit at the day’s first service at 8.10am.

The candles will sit symbolically at the base of the Cathedral’s Spire of Hope. Members of the public are welcome to come to the Cathedral for quiet prayer and to light their own candle of remembrance any time during the day.

At 3.10pm, the time the Real IRA bomb exploded on a busy Saturday afternoon in Omagh 20 years ago, there will be a two minute silence, followed by prayers. 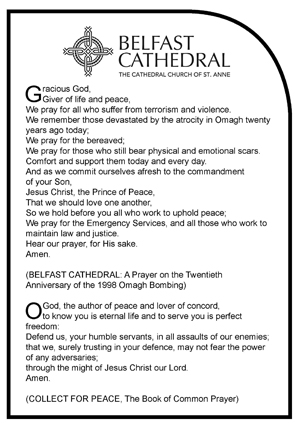 The Dean of Belfast, the Very Rev Stephen Forde, said: “I remember the day of the bombing well. We had been in Donegal and were planning to stop in Omagh that afternoon and were driving towards the town. It was some time before we understood why so many ambulances and police vehicles were passing us on the road that day and why we were diverted away from the town.

“Later that week I was involved in cross community ecumenical services in Dublin where I was rector, held to remember the victims.

“In marking this anniversary, we acknowledge that this was the worst single atrocity of the Troubles, and in our prayers we remember all lives lost during those years.”

The Cathedral will close at 5pm on Wednesday and there will be no Choral Evensong. 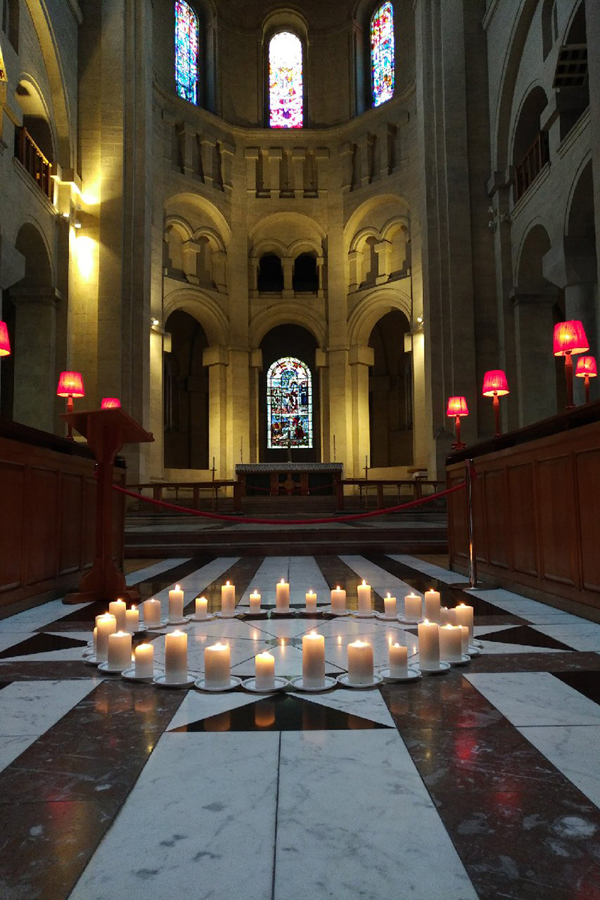