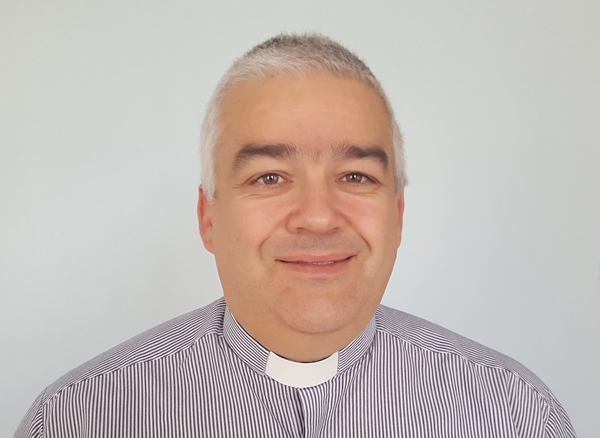 The Rev James Boyd has been appointed rector of Derryvolgie Parish.

The Rev James Boyd, Vicar of the Parish of Willowfield, Belfast, in the Diocese of Down and Dromore, has been appointed as rector of Derryvolgie Parish.

James’ home parish is St Saviour’s, Connor. He is a past pupil of Ballymena Academy and has a degree in computer programming from Ulster University.

He worked in computer programming for a short time, but felt God was calling him to some level of ministry.

James worked with the Church of Ireland Year Out team in 1998-99, and during his 12 months he helped in 26 different churches across Ireland, doing short term mission work.

He was appointed Youth Ministry Co-ordinator in Moira and spent five years developing and delivering youth work in the parish.

James left in 2004 to begin training for ordination at the Church of Ireland Theological College in Dublin. After ordination he was curate in the parish of Magheralin with Dollingstown, Diocese of Down and Dromore, for four years before his appointment as rector of Holy Trinity, Dromore, Co Tyrone, Diocese of Clogher.

James moved to Willowfield Parish, Belfast, as Vicar in 2015.

He is married to Shirley and they have two daughters, Rebekah aged nine and Hannah aged five.

“We feel a real sense of God’s call. Derryvolgie is a parish which has been in our hearts for a long time,” James said.

“We are very excited about the move. We see a lot of opportunity in the place. It will be different but good.”

The date for the Service of Institution has yet to be confirmed.