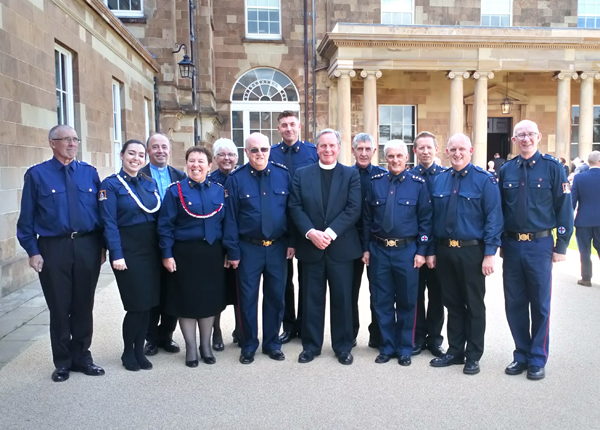 To mark the 125th anniversary of the Brigade, 13 members of the CLCGB staff were invited to attend the Royal Garden Party at Hillsborough Castle on September 4, when Princess Anne was present.

The Church Lads’ and Church Girls’ Brigade will mark 125 years serving the Church of Ireland this year.

In 1893, two companies were established in Dublin, at Christ Church, Leeson Park, and St Peter’s. Another two, at St Mary’s, Donnybrook and St Stephen’s, were added in 1894.

The first company in Belfast, for St Luke’s, Northumberland Street, was formed in 1895 by Curate, the Rev James Archer. Soon every diocese, other than Meath, had its CLB companies and battalions were established in Armagh, Belfast, Derry, Dublin and Limerick.

Girl units were established to work alongside CLB companies. In 1909, Derry Cathedral established a Church Girls’ Brigade, followed by All Saints, Clooney, and they competed annually for the Marchioness of Hamilton’s Shield. St Nicholas’, Cork, ran a very successful CGB company alongside its CLB for several years.

The Great War had dreadful consequences for the Brigade. Companies were closed as they lost their officers and members to the war effort. When the war ended, other than St Mary’s, Limerick Cathedral Company, and St Nicholas’, Cork, CLB and CGB, the main strength of the Brigade was to be found in the north, in the 1st Down, Connor and Dromore Battalion. 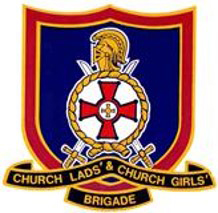 A successful rebuilding process took place and new CLB companies were established across Northern Ireland. With the formation of a 2nd Battalion, and subsequently a 3rd Battalion, a higher formation was required and the Ulster Regiment was formed (1945), its first Commanding Officer being Mr Samuel Waring, DCM, of Christ Church, Lisburn.

New CGB companies were opened in Ballymena, Ballymoney, Dobbin, Grange, Newry, Magherafelt and Seagoe and the 1st Battalion Church Girls’ Brigade was established, under the command of Mrs Margaret Twinem from Seagoe, Portadown.

In recent years, with the decline in attendances at churches and at Sunday Schools, the Brigade has experienced challenging times, losing strength in urban areas, particularly in Belfast. However, in the last five years the Brigade has worked hard, under its Commanding Officer, Melvyn Lockhart, and Development Officer, Victoria Jackson, to make progress.

Companies have been enrolled or re-enrolled at Aghalee, Dromore (Clogher), Drogheda, Dunmurry, Killinchy, Lambeg, Christ Church, Lisburn, and St Michael’s, Belfast, and there is interest being shown in other parishes. Approximately 400 members have been added to Brigade’s strength.

As the Church Lads’ and Church Girls’ Brigade marks its 125th anniversary, it is in a confident and buoyant place, and ready to serve our Church for another 125 years at least. (Note – the CLCGB nationally, founded in 1891, is 127-years-old.)

The anniversary will be marked by a Parade and Service of Thanksgiving in St Patrick’s Cathedral, Armagh, on Sunday September 30 at 3.30pm. Special guests will include Mrs Jill Armstrong, Deputy Lieutenant of County Armagh, and Councillor Julie Flaherty, Lord Mayor of Armagh City, Banbridge and Craigavon. 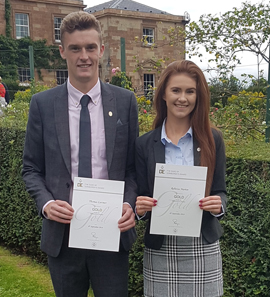 Rebecca Martin from Magheragall Company and Thomas Latimer from Broomhedge Company were presented with their Gold Duke of Edinburgh’s Award by the Princess Royal on September 4.

Former members of the CLB and CGB are invited to attend.

The Most Rev Dr Richard Clarke, Archbishop of Armagh and Primate of All Ireland, will dedicate a beautiful new Colour in memory of former Commanding Officer, Harry Anderson, and present a new trophy, The Archbishop’s Award, for the Champion Company of the Brigade.

A commemorative medal for junior and senior members and officers is being struck, and a colourful badge, designed by member Lauren McClure from St Saviour’s, Dobbin, is being produced for younger members.

To mark the 125th anniversary of the Brigade, 13 members of the CLCGB staff were invited to attend the Royal Garden Party at Hillsborough Castle on September 4, when Princess Anne was present.

Later that same afternoon, Rebecca Martin from Magheragall Company and Thomas Latimer from Broomhedge Company were presented with their Gold Duke of Edinburgh’s Award by the Princess Royal.