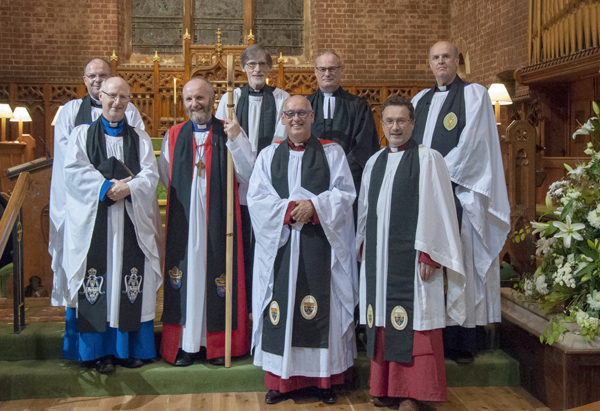 The institution of the Rev Canon Stephen Fielding as rector of St John’s, Malone, Belfast, took place on Wednesday September 26.

The preacher at the well-attended service was the Rev Canon Gary Hastings, rector of Holy Trinity, Killiney, and Canon Treasurer of Christ Church Cathedral, Dublin.

Stephen was previously rector of Agherton Parish, Portstewart. A native of Londonderry, he has a degree in Economics and Geography from the University of Ulster at Jordanstown, and worked as a geological technical assistant in London before studying theology at Trinity College, Dublin.

After his ministry training he was nominated to the parish of Bangor Abbey, Diocese of Down, and served as a curate there for four years. In 1997 he was appointed rector of the parishes of Templepatrick and Donegore, Connor Diocese. He moved to Agherton Parish in April 2007.

Stephen was a Minor Canon of St Anne’s, Cathedral, Belfast, from 2002 until his appointment as a Canon of the Cathedral earlier this year.

He is married to Julia and they have two children, Christopher and Sarah.