Institution of the Rev Andy Heber as vicar of Carnmoney 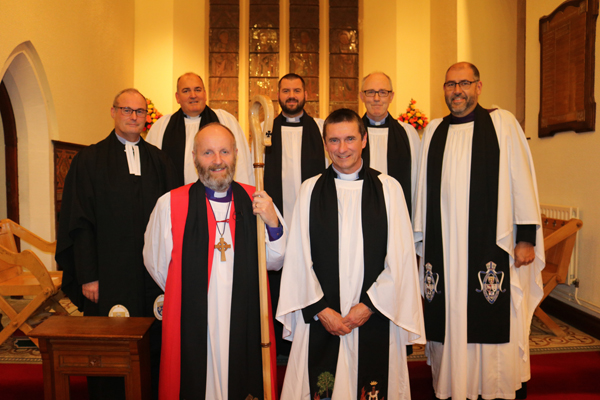 The new vicar of Carnmoney, the Rev Andy Heber, front right, with the Bishop of Connor, the Rt Rev Alan Abernethy, front left, at the Service of Institution in the Church of the Holy Evangelists on October 18. Back row, from left: The Rev Canon William Taggart, Registrar; the Rev John McClure, Bishop’s Chaplain; the Rev Brian Lacey, North Belfast Rural Dean; the Rev Alan Barr, preacher; and the Ven George Davison, Archdeacon of Belfast.

The Rev Andy Heber was instituted as incumbent of the Parish of Carnmoney at a service in The Church of the Holy Evangelists on St Luke’s Day, Thursday October 18. 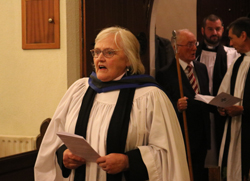 The church was packed for the institution of the new vicar by the Rt Rev Alan Abernethy, Bishop of Connor.

The preacher was the Rev Alan Barr, rector of Sixmilecross and Termonmaguirke, Diocese of Armagh.

Andy is married to Lynne, a native of Belfast, and they have four grown-up children.

Before starting training for ordination in 1997, he worked in Liverpool as a Diocesan Social Worker in the South Liverpool Deanery for eight years. 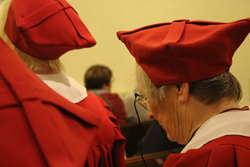 A member of the Carnmoney Parish Choir processes into the church.

He trained at Trinity College in Bristol before returning to Liverpool Diocese to serve a curacy at St Peter’s Parr, St Helens.

From there Andy moved in 2003 to Kirkby where he was team vicar of St Andrew’s Tower Hill and also had responsibility for Pastoral Care within the team ministry in Kirkby.

In May 2012 Andy and his family moved to Co Tyrone to take on the post of rector of Clogherny Parish, made up of the small village churches of Clogherny, Seskinore and Drumnakilly, near Omagh in the Diocese of Armagh.

The service on Thursday evening was followed by supper in the Parish Hall.

There was a good attendance at the institution service in Carnmoney.

Members of the Carnmoney Choir led clergy into the church for the service of institution. 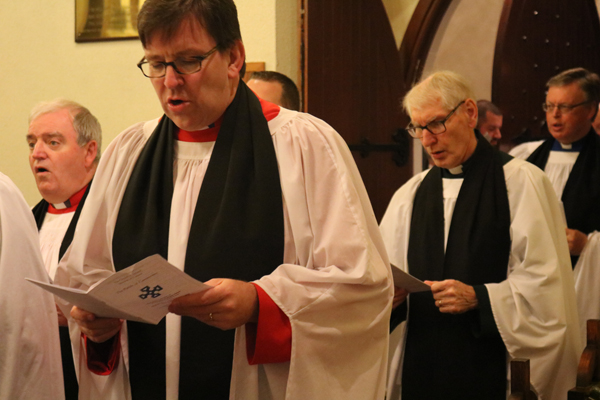 Clergy from the Diocese of Armagh joined clergy from Connor Diocese for the service. 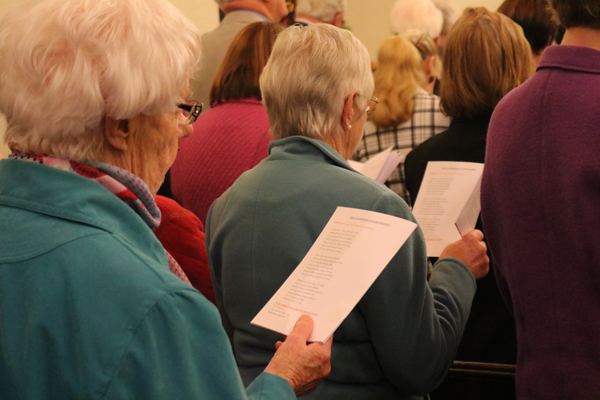 Praise during the institution service of the Rev Andy Heber in Carnmoney on October 18.