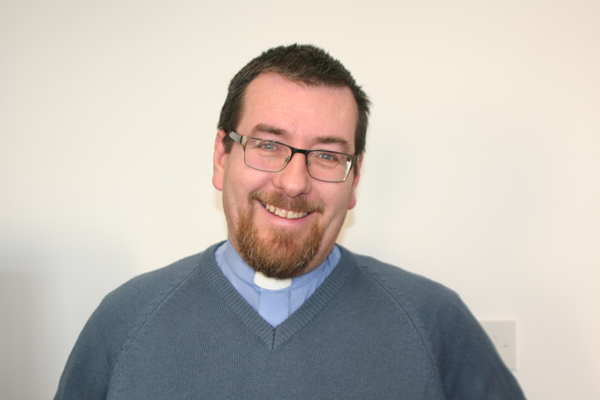 The Rev Mark McConnell has been appointed a Canon of Lisburn Cathedral.

The Rev Mark McConnell, rector of Ballymena (Kilconriola) and Ballyclug, has been appointed a Canon of Lisburn Cathedral.

A date for his installation to the Chapter of St Saviour has yet to be set.

Mark, who has been rector if Ballymena since June 2016, said he was ‘really shocked’ when the Bishop of Connor, the Rt Rev Alan Abernethy, contacted him.

“I am honoured that the Bishop thought of me,” Mark said. “It is recognition that I have been in ministry for more than 30 years, and is also a great encouragement for me.

Mark is a former pupil of Lisnagarvey School for Boys and Lisburn Technical College. After A Levels he joined the Northern Ireland Civil Service where he worked for more than seven years, ending up in IDB House where his job was to encourage exports from Northern Ireland overseas.

In his mid-20s, Mark felt a strong calling to commit more to his faith. “I didn’t see ordination as the way forward but wanted to know more about faith and Christian service,” he said. This led him to Oakhill College in north London. “The structure allowed people to find their direction within the studies,” Mark said. “This could have been anything from youth ministry to army chaplaincy or evangelism.”

It was during his three years at Oakhill Mark decided ordination was for him. Halfway through the course, he began contacting bishops.

“St Alban’s Diocese took me under their wing. They accepted me for ordination training in the Church of England. God opened doors for me,” he said.

During that year he married Cherith, a native of Omagh and a primary school teacher. Mark was ordained in St Alban’s Diocese and served his first curacy in Christ Church, Bedford.

He and Cherith felt called back to Northern Ireland, and Mark became accustomed to the ways of the Church of Ireland through a second curacy in Bangor Parish, Diocese of Down and Dromore. During this time he did a lot of work with the congregation of The Primacy, a small church on a large housing estate shared with the Methodist Church.

Mark was later appointed rector of Killyleagh in Co Down, and after seven years moved to Connor Diocese as rector of Ballyclare. He remained in Ballyclare for more than 18 years before the move to Ballymena.

Mark and Cherith have three children, Daniel, Matthew and Erin.