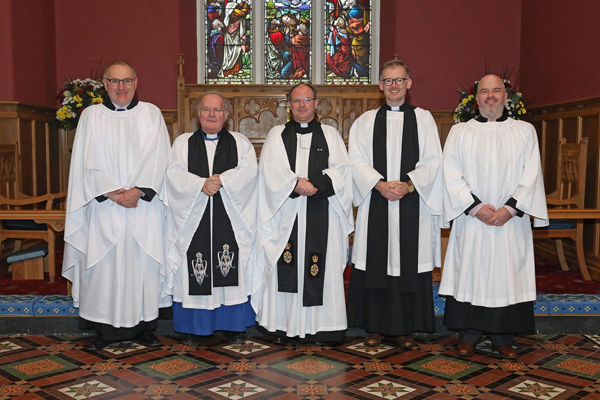 New Parish Readers Mr David Holmes (left of picture) and Mr Michael Ogliby (right of picture) who were commissioned at a service in Kilbride on October 28. Centre, from left, are: The Rev Canon David Humphries, rector, Kilbride; the Rev Kevin Graham, Diocesan Warden of Readers, and the Rev Jonny Campbell-Smyth, rector of Ballynure and Ballyeaston.

Later that evening, Mr Richard Cotter, was commissioned to serve in the Parish of Ballymena (Kilconriola) and Ballyclug during a service of Holy Communion in St Patrick’s, Ballymena. Richard is Finance and Administration Manager with the Diocese of Connor.

Kevin said: “It is a real joy and privilege as Warden to commission Parish Readers and to travel throughout the diocese and join in the variety of worship in the parishes I have visited.

“It is also a chance to get to know many more people in the diocese as they seek to serve God as Readers and perhaps also explore further how God is calling them.

“As I travelled home on Sunday evening the temperature dropped to -3.5C which was in stark contrast to the warm welcome I had received in both Kilbride and Ballymena on Sunday. Please remember all our Readers, Parish and Diocesan, in your prayers and especially Michael, David and Richard as they begin their new ministries.” 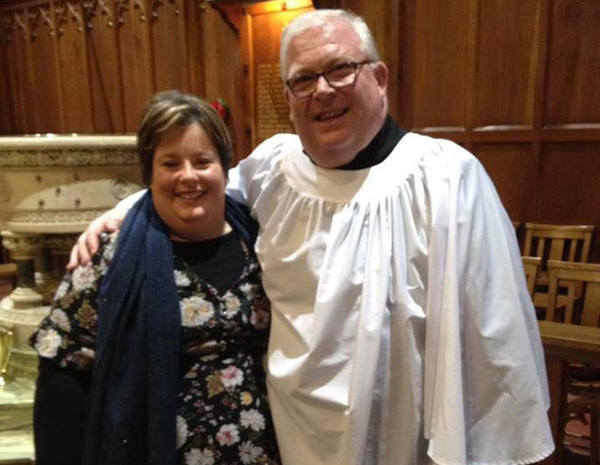 Mr Richard Cotter who was commissioned a Parish Reader in St Patrick’s, Ballymena, on October 28, with his wife Andrea.