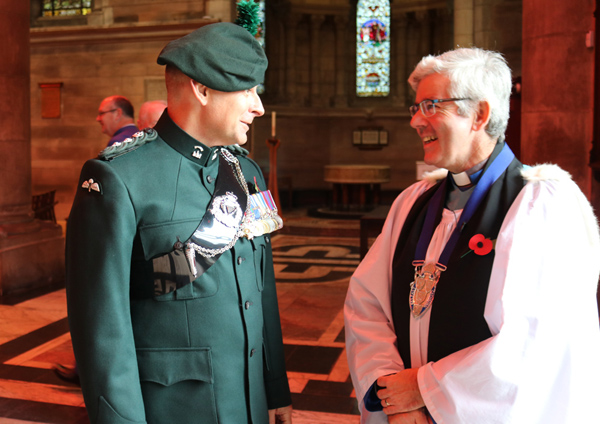 The Royal Irish Regiment ‘family,’ including serving members and relatives of those who have served in the past, gathered in their hundreds in Belfast Cathedral for a poignant Service of Remembrance on November 4.

The Regiment meets each year to remember all of those who have died, whether in action or of natural causes. In attendance on Sunday afternoon were all ranks of the Regiment and a large number of veterans and bereaved families.  PHOTO GALLERY

Special guests included Brigadier Colin Weir DSO MBE, the Colonel of the Regiment, and Her Majesty’s Lord Lieutenant for the City of Belfast, Mrs Fionnuala Jay-O’Boyle.

The service of Choral Evensong was led by the Dean of Belfast, the Very Rev Stephen Forde, and featured the Cathedral Choir conducted by Master of the Choristers David Steven, with organ scholar Jack Wilson playing the organ. There was also music from the Band of The Royal Irish Regiment.

The Rev Dr I Thompson, Honorary Chaplain to the Regiment, led an Act of Remembrance which included the Last Post, Reveille and the laying of wreaths by a representative of each of the antecedent and foundation Regiments which form the Royal Irish Regiment family. A wreath was also laid by the Colonel of the Regiment. 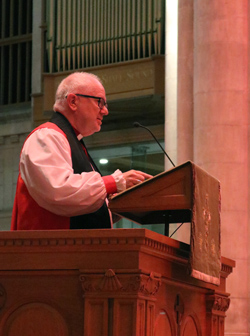 The Most Rev Dr Richard Clarke, Archbishop of Armagh and Primate of All-Ireland, preaches the sermon.

In his sermon, Archbishop Clarke spoke of human dignity in the context of remembrance and the reality of hope and peace through following and experiencing the presence of Jesus Christ.

Taking his theme from the regimental motto – ‘Clear the Way/Fág an Bealach’ – the Archbishop highlighted its resonance with swords being beaten into ploughshares and spears into pruning hooks.

“This was the honest hope of many who volunteered to fight in the First World War, that this was a war that would destroy war for all time,” the Archbishop said.

He recalled how the war poet Wilfred Owen, who was killed in action that day [November 4] exactly 100 years previously, affirmed humanity even in the midst of the war that would claim his life.

The Archbishop said the peace of God in Christ is about ‘the living presence of unequivocal goodness and of a clear integrity, not simply the absence of what is malicious and destructive.’

He added: “It is surely only in the light of knowing that we are, each one of us, loved totally by God in Christ that you and I can ever hope to reach to the full capacity to which God calls us, to love and care for all those we encounter.” 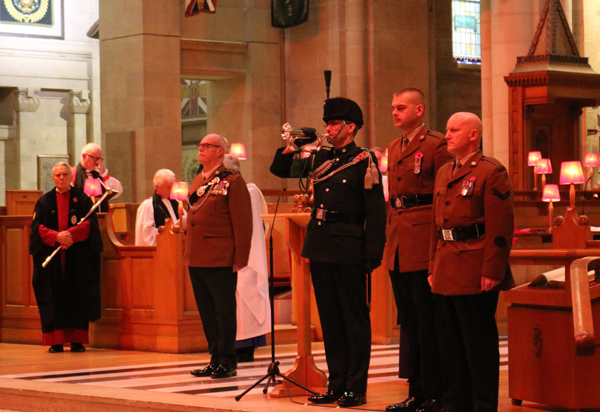 The Act of Remembrance.