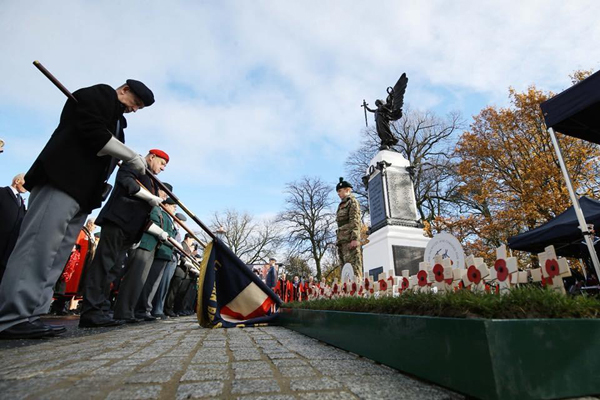 Moving moments at the War Memorial in Lisburn’s Castle Street on November 11 2018.

The Royal British Legion Lisburn Branch, supported by Lisburn and Castlereagh City Council, marked the 100th Anniversary of the Armistice with a service at the War Memorial in Lisburn’s Castle Street. 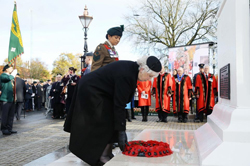 The first wreath was laid by the Lord Lieutenant of County Antrim Mrs Joan Christie CVO, a parishioner of St John the Baptist Parish Church, Agherton.

The service was particularly poignant for Magheragall parishioner Mr Cyril Hawthorne who laid a wreath in memory of his grandfather Thomas Hawthorne and Great Uncle Albert Hawthorne.

The Hawthorne brothers have been remembered in the parish church since 1918, but their names were absent from the city war memorial. This year the names of the two brothers were added to the War Memorial by Lisburn and Castlereagh City Council. Cyril received an invitation to lay a wreath in this anniversary year in memory of his grandfather and brother. 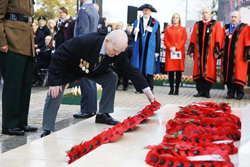 Thirteen members of the Hawthorne family served during the Great War. Thomas and Albert did not come home but their six brothers, four cousins and brother-in-law all returned to Lisburn. Cyril, himself an old solider, was joined at the memorial by many members of his family.

Magheragall rector the Rev Nicholas Dark, in his role as Honorary Chaplain to the Lisburn Branch of the Royal British Legion, gave the address that preceded the wreath laying and organised the service. 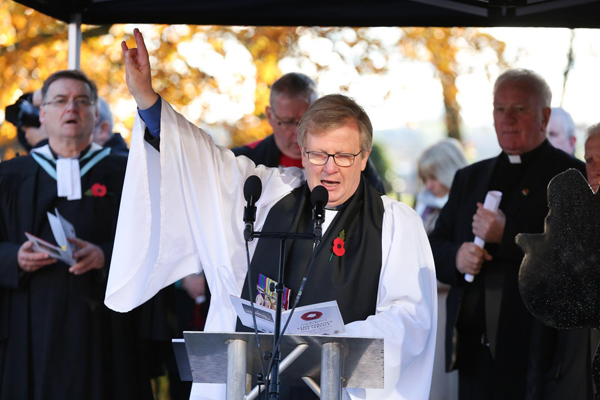 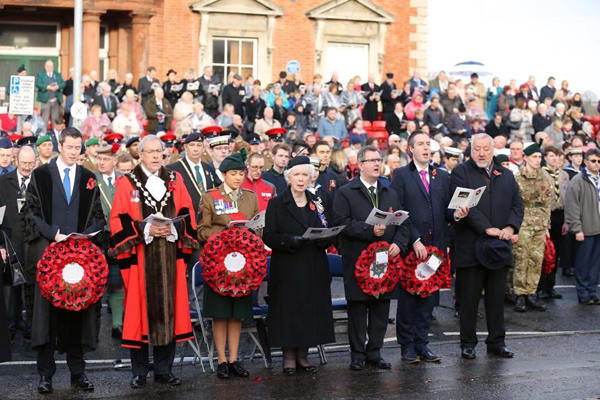