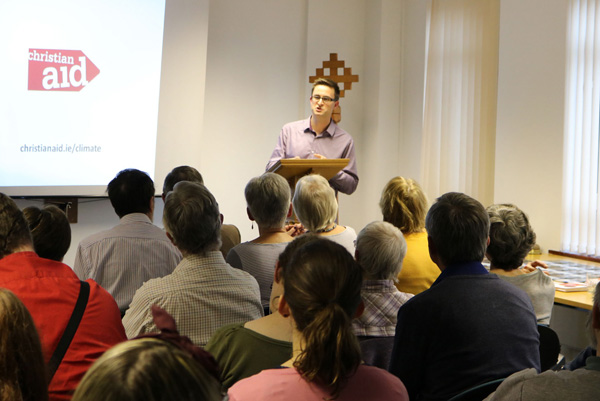 A Church and Society Commission seminar in Belfast has focused on how members of the Church of Ireland and other Churches can act, in a range of ways, to protect the environment and reduce the impact of climate change. Thirty delegates attended the event in Church of Ireland House, which followed on from a similar seminar held in Trinity College Dublin’s Science Gallery in April.

The seminar was opened in prayer by June Butler, a member of the Commission, who remarked on how the recent wildfires in California illustrated the impact of climate change. Mrs Butler shared how the Mothers’ Union was taking part in discussions around sustainable development through the UN Commission on the Status of Women, and encouraged delegates to think about the environment through the word ‘pray’: plant more trees; reduce, reuse, recycle; ask what we can do for the environment; and “you can help our community work together to save our planet”.

Stephen Trew, a member of General Synod and campaigner for fossil fuel divestment, outlined a biblical perspective on the environment and recalled how he was motivated to take action through the story of an 11–year old boy who lost his mother and sister when Typhoon Haiyan struck the Philippines in November 2013.

“When I read his story, I realised that climate change is not simply an academic argument about the effect of carbon dioxide on global warming,” he commented. “It is about people’s lives.” The Bible, he noted, began with creation and ends with a new creation with the first chapters of Genesis and the last chapters of Revelation complementing one another.

The General Synod this year voted for the Church of Ireland to remove all its investments from companies where more than 10 per cent of turnover is derived from fossil fuel extraction, by 2022, alongside a continued increase in investments in renewable sources of energy.

David Thomas, Christian Aid Ireland’s Church and Community Manager, spoke from his experience of meeting people affected by climate change in the developing world and visiting projects that help people to adapt to its consequences. These include storms, flooding, disease and droughts – each happening with a greater intensity than before – and also its contribution to conflicts in areas such as Nigeria, Afghanistan and the Middle East. He pointed to a World Health Organisation estimate that global temperature increases of 2–3°C would increase the number of people at risk of malaria by around 3–5 per cent. 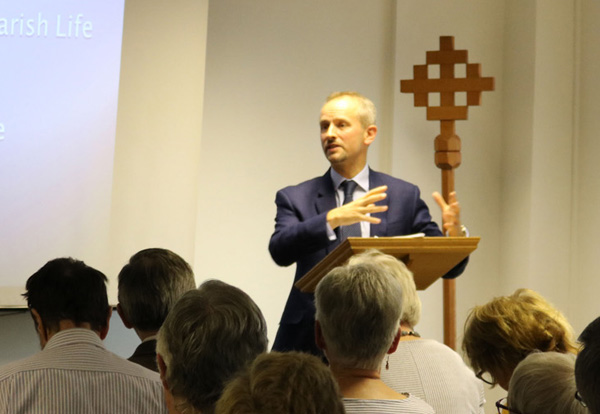 The final speaker, RCB Chief Officer David Ritchie, encouraged parishes to think outside the box about how they could take action. Mr Ritchie suggested that parishioners could look at their resources (including their role in society, assets, relationships and faith), their individual impact on the environment, and the difference that a parish could make. Examples could include fêtes, hikes, cycling and farm trips, and harvest parties – all with a view to encouraging people to value creation.

Summing up the day, CASC member, the Revd Andrew Orr, said: “It was great to see so many interested people from a wide range of parishes coming together to tackle the issues of climate change and destruction of the environment. We left even more determined to protect God’s world by both taking practical action and encouraging government to make the environment a priority. We hope that those attending will feel inspired to get their Churches and parishes involved in this work, which can also be very enjoyable. There are lots of ideas about how to get started on the website of Eco Congregation (www.ecocongregationireland.com).”