History of St Cedma’s on DVD 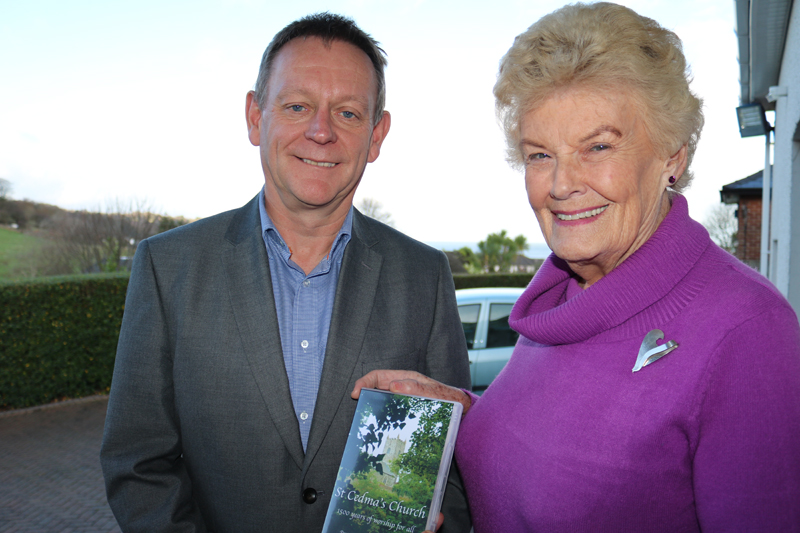 Paul Connolly, Managing Director of Smart Video Ltd, who produced the DVD, with writer and narrator Patricia Beattie, a parishioner of St Cedma’s.

A new DVD telling the story of Larne and in particular the parish of St Cedma was launched on Thursday December 6 in St Cedma’s Parish Hall.

Around 70 invited guests attended the launch of the video narrated by parishioner Patricia Beattie. The 20-minute film is based on the history of the church and graveyard written by Patricia and published in September 2017 to coincide with a European Heritage Open Day at St Cedma’s.

The video was produced by the Smart Video Ltd, Ballyclare, under the direction of Paul Connolly, Managing Director. It provides beautifully photographed shots around the grounds, inside the church and over Larne.

In addition, and as a gift, Paul Connolly has had the church filmed in 3D and this is to be made available on the church’s website (www.larne.connor.anglican.org).  St Cedma’s is the first church in Ireland to have such a facility and it is anticipated this will encourage interest from former parishioners, people wishing to visit Larne and Northern Ireland, as well as being a very useful tool for the church. 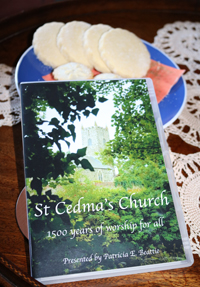 Against the backdrop of the church interior, Patricia narrates the church history, pointing out the many richly coloured stained glass windows, the encaustic tiles of the chancel floor and east wall and the 32 panelled chancel ceiling where signs of saints, Celtic crosses and Christograms are painted in gold leaf on green linen.

The church has had a long history with over 1,500 years of continuous worship on the site. It is recorded that there was an Augustinian monastic settlement on the site around 536 AD, followed by a Franciscans’ one in the 15th century, with a ministry to the sick of the area, and this was followed by the present Norman built church.

Although the thick walls of the church remain, the church interior, under the direction of the architect Samuel P Close, was greatly altered in the late 19th and early 20th centuries by gifts from parishioners and others including the jewel coloured stained glass windows, two of whom were created in the 1920s by the famous Belfast artist Wilhelmina Geddis.

This video production is gifted by Patricia to raise funds towards the building of the new church hall.

Patricia said:  “The history of Larne is encapsulated in this church and graveyard, as the latter was the only burying site for the Larne district until 1870 and so all denominations and none are buried here with even friends sharing the same grave!

DVDs can be purchased from the church administrator at a cost of at least £10. Please contact Mrs Anne Shaw, Inver Parish office, Church Road, Larne, telephone: 028 2827 4633 or email: stcedmas@btconnect.com. 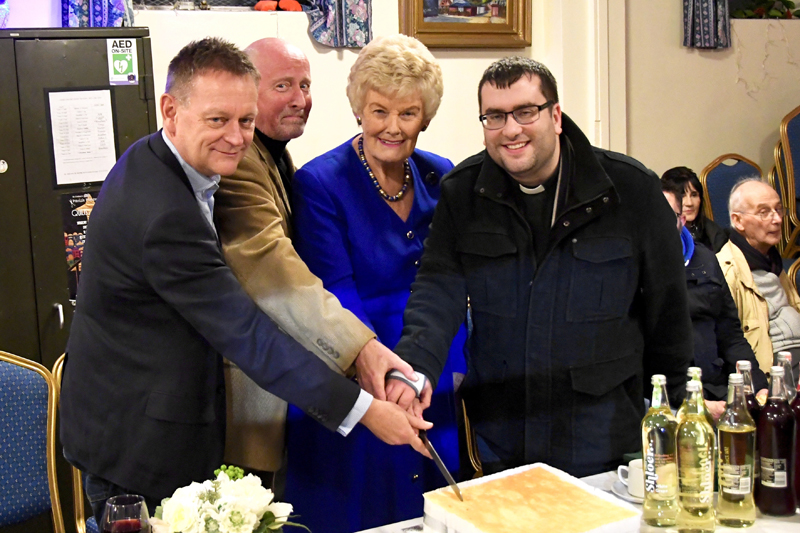 Cutting a cake celebrating the launch of the DVD telling the history of St Cedma’s are, from left: Paul Connolly, Smart Video Ltd; Peter McKinley-Hutchinson, Patricia’s husband who provided supper at the launch; Patricia Beattie, film author and narrator; and the Rev Philip Benson, former curate in Larne, now curate-in-charge of All Saints, Craigyhill and St Patrick’s Cairncastle.