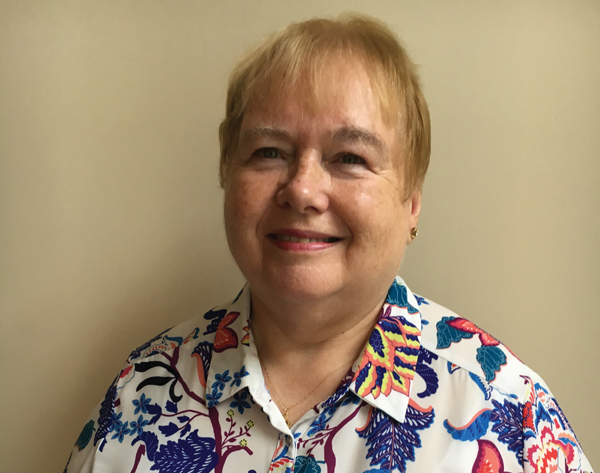 Mrs Sally Cotter has taken up her new role of Diocesan President of Connor Mothers’ Union.

Sally succeeds Mrs Valerie Ash, and will be commissioned at the Connor Mothers’ Union Festival Service in April.

A former primary school teacher, Sally has been a member of Mothers’ Union since 1989, and has held posts at all levels.

Sally joined the Broughshane branch of Mothers’ Union in 2010, when her husband, the Rev Dr Bob Cotter, became curate in the parish of Skerry Rathcavan and Newtowncrommlin, Broughshane.

A native of Dollingstown, near Lurgan, Sally met Bob when they were both singing with the St Anne’s Cathedral (Belfast) Evening Choir in 1979.

Singing is not Sally’s only musical talent. She was organist in First Lurgan Presbyterian Church for five years and in Holy Trinity Parish Church, Woodburn, for 13 years. She currently plays in Donegore Parish, and has been a church organist for 30 years!

Sally has been a trustee of Carrickfergus Home Start for 20 years, an organisation she says has aims closely linked to Mothers’ Union, namely helping families and children. She has also been a Sunday School Superintendent and a Girls’ Brigade Officer.

Speaking in the Autumn edition of Connor Connections, Sally said: “I am looking forward to the challenge of this new role. I would like to get new members involved and keep all members up to date with our project work.

“I am keen to raise the profile of Mothers’ Union. We are blamed for being tea makers but this organisation is so much more than that.”