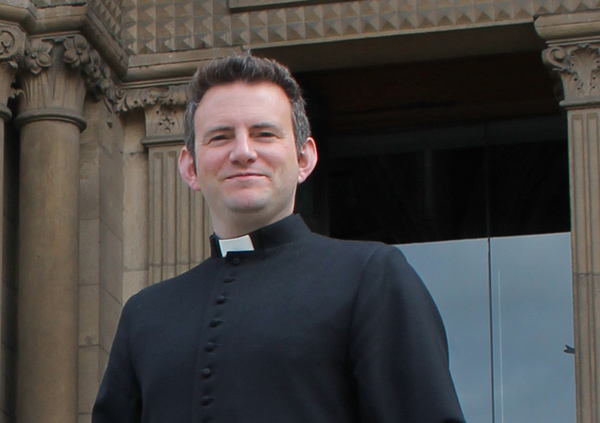 The Rev Dr Ian Mills has been appointed President of the Ulster Society of Organists and Choirmasters.

The Rev Dr Ian Mills, curate in the Parishes of Larne and Inver with Glynn and Raloo, has been appointed President of the Ulster Society of Organists and Choirmasters.

The Society was formed in 1918 as a forum for church musicians and enthusiasts of all denominations.

Today it is thriving, maintaining a busy schedule of monthly events which include visits to organs of historical note and instruments which have been recently built or rebuilt, an overseas tour each May, an annual Members’ Recital, educational events, and masterclasses from distinguished guests.

Highlights from its Centenary Celebrations in 2018 included the launch of the Society’s history, A Society Formed by USOC member Alasdair MacLaughlin, a Centenary Conference and Dinner hosted jointly with the School of Music, Queen’s University, and a Service of Thanksgiving in St George’s Parish Church.

Ian, a Minor Canon of Belfast Cathedral, has a very musical background. He grew up in Derry where he was a Chorister in St Columb’s Cathedral. He did A-levels at Foyle College before studying a Bachelor degree, a Master’s degree and eventually a PhD in Music at Queen’s University, Belfast.

Before studying at the Church of Ireland Theological Institute, Ian worked as Organist and Master of the Choristers in Derry Cathedral under the leadership of the Very Rev William Morton, now Dean of St Patrick’s Cathedral, Dublin. He also kept a busy freelance schedule as a recitalist and accompanist, and taught in St Malachy’s College and Methodist College, Belfast. Ian was also involved in making music with various choirs and ensembles.

Ian is married to Kelly-Ann, a Registrar in Obstetrics & Gynaecology in the Royal Victoria Hospital and a lecturer in medicine at Queen’s University.

His many interests include aviation, gardening and the architecture of the London Underground!

Of his appointment, Ian said: “It is a great honour to succeed Professor Desmond Hunter as President of the Ulster Society of Organists and Choirmasters at this exciting time in our history.

“Our Centenary year has provided us with an opportunity to look back over 100 years of USOC and survey the changing landscape of organ playing in Ulster.

“The Society enters its second century aware of the challenges facing church musicians, but also enthused at the opportunities which lie ahead. To that end I look forward to continuing the Society’s outreach to new players, especially those of young age, and seeking opportunities for further collaboration with friends in like-spirited organisations.”