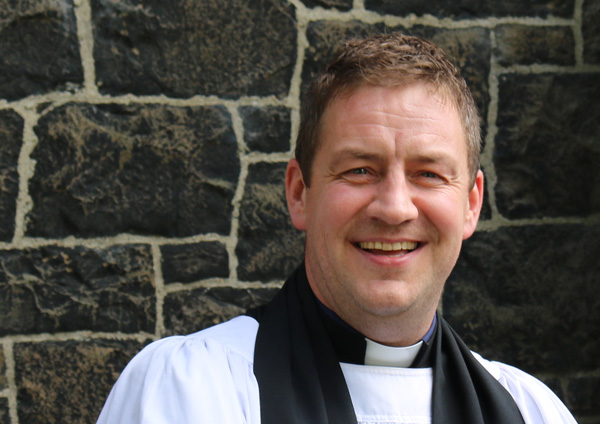 The Rev Dennis Christie, Curate of Ballymena and Ballyclug, has been appointed rector of the Grouped Parishes of Ahoghill and Portglenone.

Dennis, 43, is married to Jennifer and they have three children.

He has a BEng in Architectural Engineering from Queen’s University; an MSc in Transport from Imperial College, London; a Prof. Cert. in Ministry from the University of Chester and he graduated with a MTh in Theology from Trinity College, Dublin, in 2016.

Prior to his training for ordination, Dennis worked as a Transport Planning Consultant for 15 years in both the public and private sector.

Dennis did his Deacon Intern Year (2015-16) at Muckamore Killead & Gartree Parish, Connor Diocese. He was ordained a priest in Connor Diocese in September 2016 and has been curate at Ballymena and Ballyclug since then.

Speaking of his appointment as rector of Ahoghill and Portglenone, Dennis said: “Jen and I are very excited about the prospect of serving God in this community, and we will be saddened to be leaving our church family in Ballymena.

“Serving as a Curate in the Parish of Ballymena, alongside Rev Mark McConnell and among so many encouraging parishioners, has been a great experience for my family and I.”

The date for the Service of Institution is to be confirmed.