Newly appointed Agherton rector looks forward to being ‘back home’ 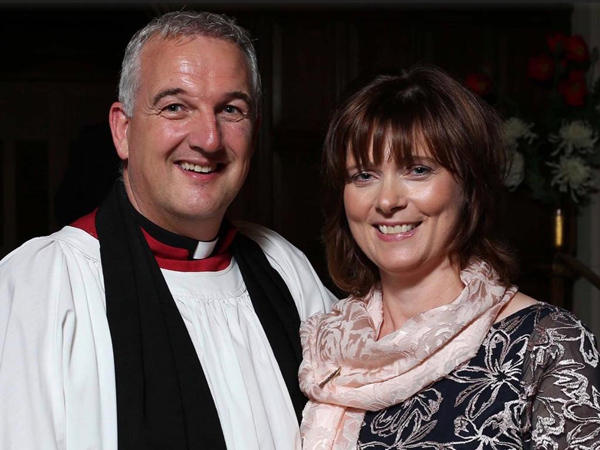 The Rev Canon Malcolm Ferry, rector of St Augustine’s Parish Church, Diocese of Derry and Raphoe, will be instituted as rector of the Parish of Agherton, Portstewart, Connor Diocese, on Friday May 10 at 4pm.

Malcolm is married to Carol and they have three grown up children, James (23) and Sarah (22) who currently work in England, and Rebekah (19), a second year student at Loughborough University.

Brought up in a large family in the Parish of Donaghmore, Armagh Diocese, Malcolm attended St Michael’s Church in the village of Castlecaulfield. He was a member of the Boys’ Brigade and taught Sunday School. He graduated from Stranmillis College, Belfast, and taught for two years before taking a position in industry.

Through the fellowship of vocation in the Diocese of Armagh, Malcolm entered Church of Ireland Theological College and after ordination was appointed as Curate Assistant to Agherton Parish, Portstewart, in 1996.

Following his first incumbency in Kilwaughter and Cairncastle with Craigyhill in the Diocese of Connor (1999-2003), he moved to the Diocese of Derry and Raphoe, where he was rector in Castlerock with Dunboe and Fermoyle, (2003-2008); and Clooney with Strathfoyle (2008-2014), before moving to St Augustine’s.

“I want to pay tribute to the people of Derry and Raphoe where we have been very happy,” Malcolm said.  “Their kindness and love supported us during difficult times and we will be forever grateful for the times we shared together.  It was a special honour in the Diocese of Derry to be appointed Canon and join my older brother Canon David Ferry in the Cathedral of St Columb’s.”

Malcolm said his appointment as rector of Agherton brings him back to the church where his ordained ministry began.  “We have many happy memories and Agherton Parish was formational for me in my ministry,” he said.

“I am delighted to be going ‘back home’ to the town and people of Portstewart.  Agherton Parish was a place of great generosity and diversity and with that came many unique and rewarding opportunities – I look forward, with the people of the parish, to the challenges and opportunities yet to come and we journey forward with God.”

Malcolm’s interests include music, football and enjoying the company of good friends!